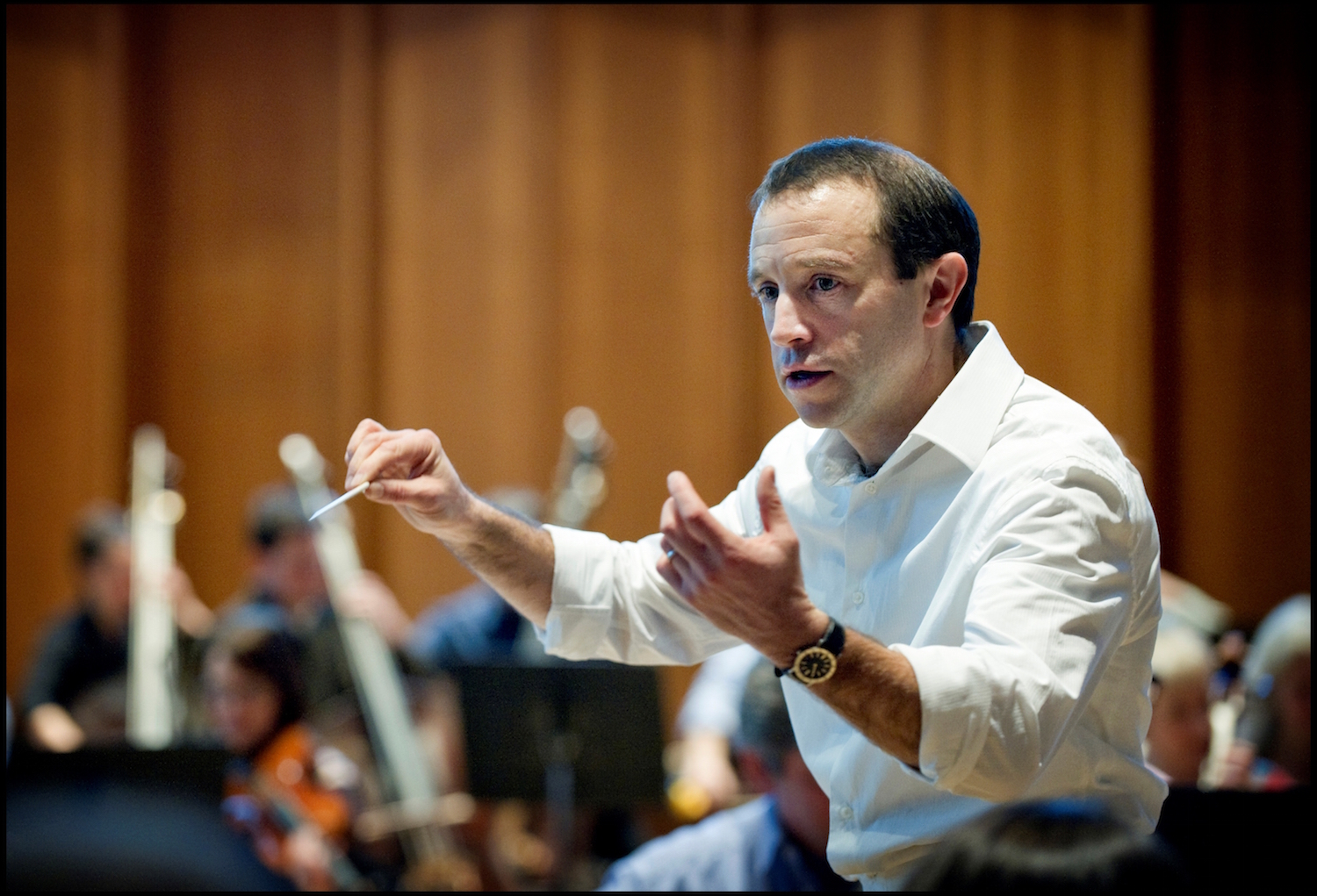 Mark Wigglesworth, the music director of the English National Opera for the past six months, resigned Tuesday, provoking dismay and hand-wringing over the future of the beleaguered company.

In a letter to musicians, obtained by the Guardian, Wigglesworth wrote, “The company is evolving now into something I do not recognize, and as hard as I have tried to argue to maintain what I believe to be the fundamental pillars of our identity, I have failed to persuade others of this necessity.” His resignation comes in the wake of a 29% cut in government funding and reductions in pay and work hours for singers, among other changes.

To the average audience member, the departure of an opera conductor might seem disruptive but hardly dire. The role, after all, is confined to a pit and lacks the literal visibility of a traditional orchestra directorship. It’s divas who sell tickets and get the big curtain calls at the end of the night.

But in the last few years, opera conductors have risen up the prestige ladder in classical music. As bankable singers come and go, and stage directors are called upon to deliver novel concepts that may or may not succeed, conductors act as an institutional counterweight. They can also be seen as a beacon of musical sensibility amid all the hurly-burly.

One only needs to look to Italy – opera’s birthplace – to see the pivotal role of the opera conductor in tough times. In 2014, the Rome Opera was plunged into upheaval after Riccardo Muti abruptly resigned, a response to management’s expressed plan to fire its 182 orchestra and chorus musicians and rehire them as outside contractors. Muti had been the company’s “conductor for life,” and his departure was front-page news in Italy and a blow to the respected house.

A similar standoff engulfed the Teatro Regio in Turin that season, when Gianandrea Noseda threatened to leave the company unless it made big managerial changes and, as he saw it, placed more support behind his touring and recording activities. A deal was reached and Noseda renewed his contract just days before a U.S. tour was to begin.

That’s Italy, you say, but how about the rest of the field?

The power structure at every opera company is different. When Franz Welser-Most resigned as music director of the Vienna State Opera two years ago, the company opted not to replace him, at least for the time being.

The Metropolitan Opera, meanwhile, has been grappling with questions of a future after James Levine. Met performers and staff have a particularly intense attachment to the esteemed and enigmatic conductor, who has been with the company for more than 40 years. His impact on the Met has certainly been significant (particularly in his earlier decades) but given his ongoing health problems, it’s clear the company needs a more active voice on productions and repertory.

In the case of ENO, the company has traditionally had an artistic director to serve along with the music director; that role has been vacant since last July. Finding successors to step into both positions will keep the company’s H.R. department busy for some time to come.

Below: Semyon Bychkov describes the opera conductor’s role as both a player and a coach.