I am an audio producer, journalist and editor with more than 20 years of experience working for major-market media outlets, radio stations and arts organizations. 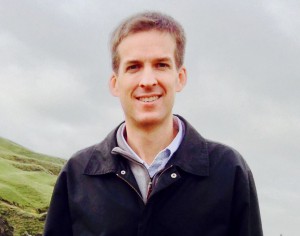 As a radio producer, I write and produce the Chicago Symphony Orchestra’s weekly radio series for the WFMT Radio Network, which reaches some 250,000 listeners each week across North America.

In addition to the radio series, I have co-produced an ongoing series of video program notes for the Chicago Symphony Orchestra, containing background on concert repertoire, and I contribute articles to Experience CSO, the orchestra’s editorial and multimedia website.

Born in Morristown, NJ, I grew up mostly in Ann Arbor, MI. I earned a Bachelor’s degree at the University of Michigan, where I majored in music history and minored in communications. Subsequently, I attended Northwestern University, where I earned a Master’s degree in musicology with a concentration in journalism. I have also studied front-end web development at New York University’s School of Professional Studies.

Outside of work, I enjoy traveling, studying languages, running, reading, volunteering and exploring New York City, where I live.