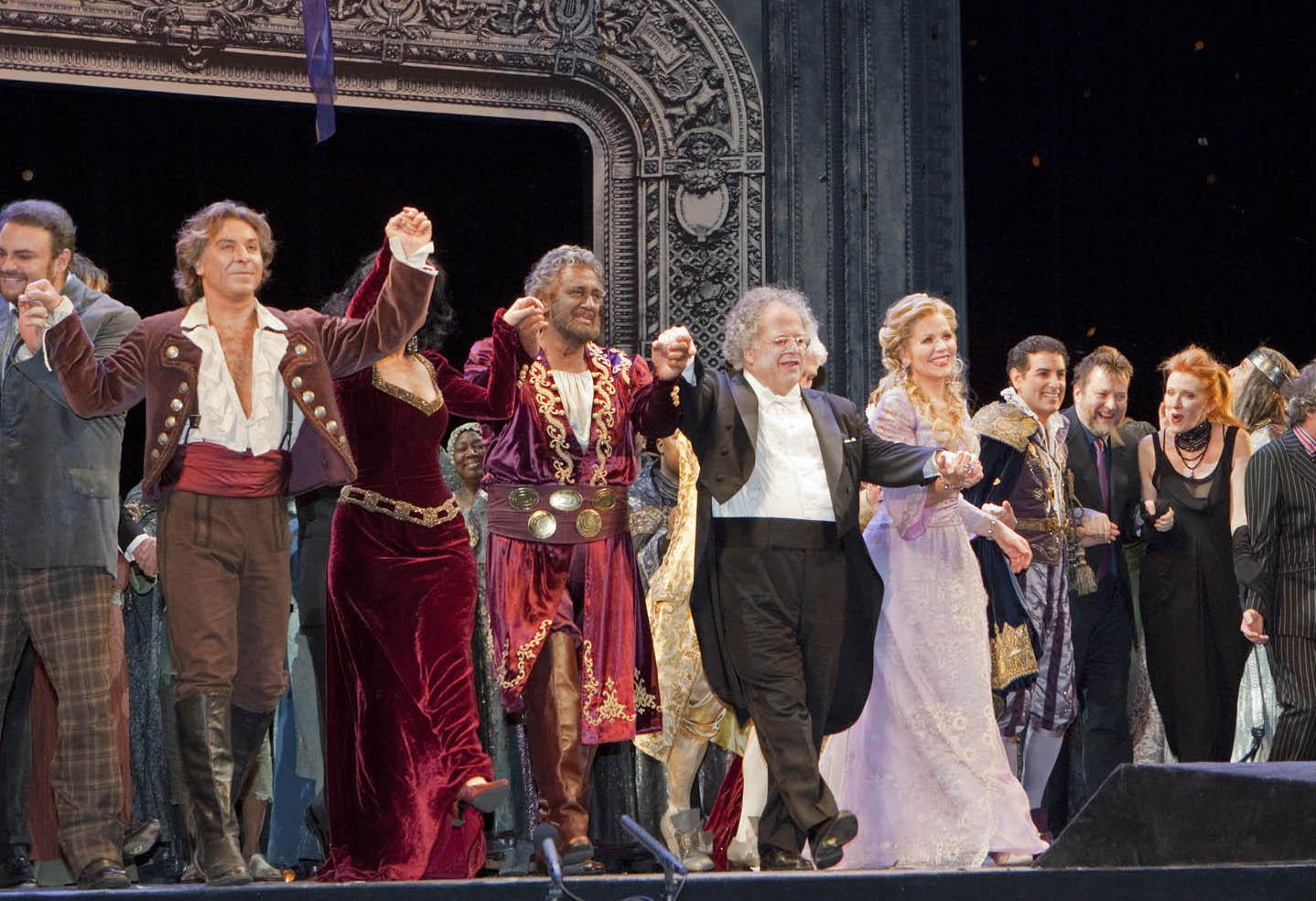 In a widely expected move, the Metropolitan Opera has announced that music director James Levine will step down at the end of this season, after more than 40 years on the podium. The Met plans to name a successor in the coming months and, starting next season, Levine will become the company’s music director emeritus.

Levine’s departure comes after several years of illness-related cancellations and music critics have increasingly suggested that the intensely private conductor had overstayed his ability to effectively lead in the position. Long before some recent lapses in his conducting, there was a widespread feeling that the Met needed stronger artistic leadership.

That all may be true – and while debates over the Met’s productions continue – it’s worth considering Levine’s impact on Met repertory. Of his 2,551 performances, here are the 10 operas he has conducted the most, according to the Met Archives.

These operas are a microcosm of Levine’s personal canon, which includes a strong focus on Mozart, Verdi, Wagner and Strauss, with the occasional foray into French opera (38 performances of Debussy’s Pelléas et Mélisande) and Americana (42 performances of Gershwin’s Porgy and Bess). He has done his share of the ABC’s but, curiously, he conducted Madam Butterfly only three times in his tenure.

Levine has also championed the operas of Berg and Stravinsky, but his track record with contemporary opera has been spotty. Over the past 20 years, premieres at the Met have been primarily led by guest conductors, including David Robertson (in Nico Muhly’s Two Boys), Thomas Adès (his own The Tempest), Alan Gilbert (Adams’s Doctor Atomic), Dante Anzolini (Glass’s Satyagraha) and James Conlon (Picker’s An American Tragedy). Similarly, specialists were brought in for occasional Baroque fare: Harry Bicket has led stagings of Handel’s Rodelinda and Giulio Cesare.

Ultimately, an opera company is different from a symphony orchestra, where repertoire is a driving force in ticket sales. Compelling productions and top-shelf singers are just as crucial, and inasmuch as Levine shaped casting, he is generally thought to have done exceptional work. The Met Orchestra also remains in solid shape – one of his most recognized achievements. The below video shows it at an early prime.