Below is a selection of articles from publications including the Wall Street Journal, BBC Music, Symphony and Strings.

Eco-Friendly Orchestras: How American orchestras are working to address their climate impact
Symphony, Spring 2020 (PDF)
At a time when climate change is making headlines, the environment and sustainability practices are growing concerns for the classical music field. How are American orchestras working to address their environmental impact, and what kinds of sustainability efforts are currently going above and beyond the call of duty?

A Musical Tour of New York: Where are the Composers’ Houses in the Big Apple?
BBC Music Magazine, June 2020
We name the addresses of classical musicians and composers’ houses in New York. Plan your walking tour now!

Does a Grammy Win Live Up to the Hype for Classical Musicians?
Strings, Jan/Feb 2020
Look at the official biography of any Grammy Award–winning soloist or string quartet, and chances are the award appears in the first paragraph or even in the first sentence.

Vivaldi and La Pietà
Explore Classical Music, Spring 2019
There was a time and place when the hot ticket in classical music was an all-female orchestra led by female conductors and featuring female soloists. Its members lived together and studied with the leading international composers of the day.

Way Out West: The Transcontinental Railroad and Classical Music
BBC Music, May 2019 (PDF)
150 years ago, America’s first transcontinental railroad was completed. How music thrived in the golden age of train travel.

The State of the Independent Music Store
Acoustic Guitar, February 2018
As demonstration videos and 360-degree imagery entice customers to take a chance on guitars they haven’t yet played, many brick-and-mortar retailers are beefing up their websites and focusing on digital platforms such as Reverb and eBay. 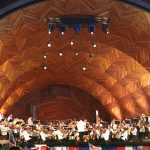 When Pops Concerts Tap Pop Culture, Is Something Lost?

New York Times, Aug. 24, 2016
Over the past couple of decades, pops concerts – once a place to hear light classics by Rossini, Bizet or Holst – have undergone a wholesale shift. “There’s kind of a lost repertoire,” said one prominent pops conductor. 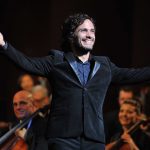 Orchestras must fight to stay relevant in 2016. But is hiring a youthful maestro enough?

Slate, Feb. 4, 2016
What can symphony orchestras learn from “Mozart in the Jungle,” the Amazon series featuring a dashing young conductor from Mexico who replaces the aging music director of an orchestra, in a bid to invigorate the stodgy institution? 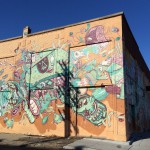 A Changing Landscape: Detroit Emerges from Bankruptcy to a Burgeoning Arts Scene

Listen Magazine, Fall 2015
Detroit’s fledgling rebirth is being driven in part by arts and culture, spurred on by a combination of philanthropic largess, stunningly cheap real estate and a try-anything ethos. 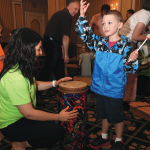 New Notes on the Autism Scale

Symphony, Fall 2015
A growing number of American orchestras have responded to calls from autism advocates to provide sensory-friendly concerts. Some see these as a way to connect with overlooked segments of their communities and become more inclusive. 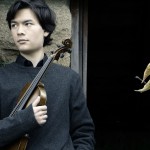 Listen Magazine, Winter 2014
American violinist Stefan Jackiw had avoided some of the markers of prodigy success, with psychology studies at Harvard University, some strikingly offbeat recital programs and membership in a Korean classical “boy band.” 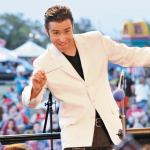 Symphony Magazine, Winter 2014
In the last several years, roughly a dozen American music directorships have gone to Hispanic conductors. They assume a sometimes uneasy variety of roles: as de facto standard-bearers for their native traditions and as artists who grasp the core canon of Bach through Stravinsky. 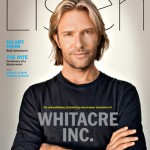 Whitacre, Inc.: The Practical Tactics of an Ethereal Composer

Listen Magazine, Spring 2013
Eric Whitacre is nearly synonymous with American choral music, his work sung by choirs from Minnesota to Indonesia. His online “Virtual Choirs” have been a runaway smash on YouTube and he may be the only classical composer with a “merch” section on his website. 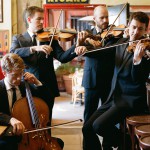 Calder Quartet: Rocking All Over the World

The Strad, March 2013
The Calder Quartet represents an evolving approach to performing quartet music in the 21st century, performing at offbeat festivals and art galleries, in recitals at Lincoln Center or through collaborations with rock acts like Vampire Weekend. 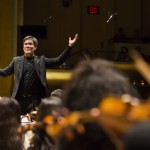 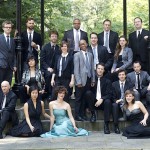 DIY Music Career: Conservatories are Teaching the Business of Music

Listen Magazine, Fall 2010
At a time when colleges and conservatories are producing more musicians than ever and the job market for performers is stagnating, a number of schools have started to teach entrepreneurial skills.