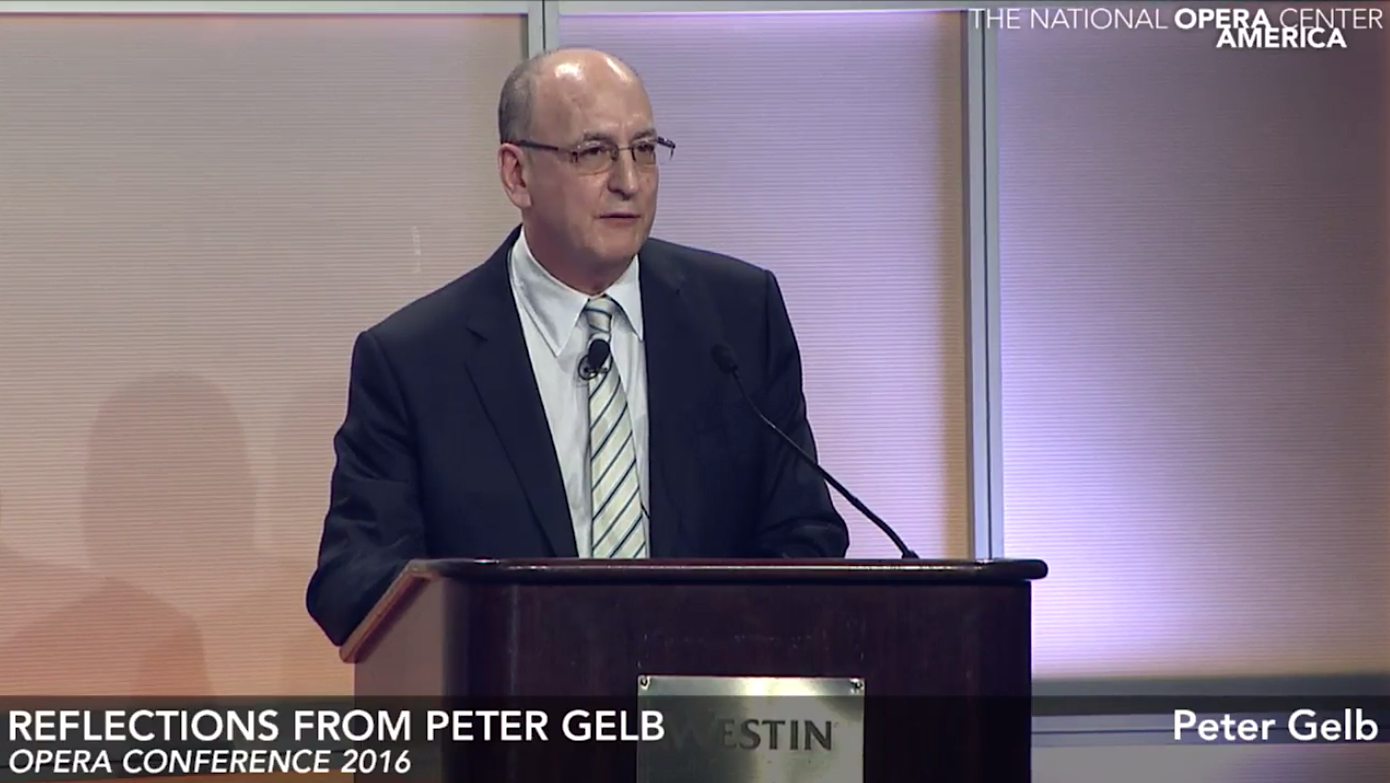 In a 45-minute talk and Q&A at the Opera America conference in Montreal, Gelb acknowledged that high ticket prices are a barrier to luring newcomers to Met, but he stressed that audiences have to be interested in the artistic product in the first place.

“When we have a hot ticket, it doesn’t matter what the price is,” said Gelb. He cited a recital this season by Anna Netrebko, in which the company sold 114% of capacity. “On the other hand, as [famed impresario] Sol Hurok said, ‘if the people don’t want to come, you can’t stop them.’”

Gelb’s talk – which was peppered with good-natured barbs about high-maintenance divas (and a few shots at music critics) – was streamed on the Opera America website. It came after a season in which the Met took in only 66% of its potential box office revenue. In recent interviews, and again on Saturday, Gelb said that the company is attracting new audiences but not replacing departing ones fast enough.

Gelb said on Saturday that the Met will convene focus groups in the coming weeks with both current and potential Met patrons; the results will help the company devise new loyalty programs. He also cited efforts to increase education and outreach programs, though offered no details. And plans to renovate and expand the Met lobby are continuing, and will include a large terrace cafe and “a friendlier visitors center” to replace the current box office.

Gelb also used the speech to outline what he sees as opera’s fundamental challenge: implementing change in a field steeped in traditions. He recalled the backlash after the old Franco Zeffirelli production of Puccini’s Tosca was replaced in 2009 with a gritty, modernist staging, calling it a “learning experience.” And while he’d like to replace aging Zeffirelli productions of Turandot and La Boheme, to do so would be “suicide.”

“One of the problems that opera companies are suffering from today is a certain amount of benign neglect that we saw 20, 30 years ago,” Gelb continued in the Q&A. “Some companies were on auto-pilot. If we had anticipated 40 years ago that there would be no education for the arts in America, maybe some would have done things differently.”