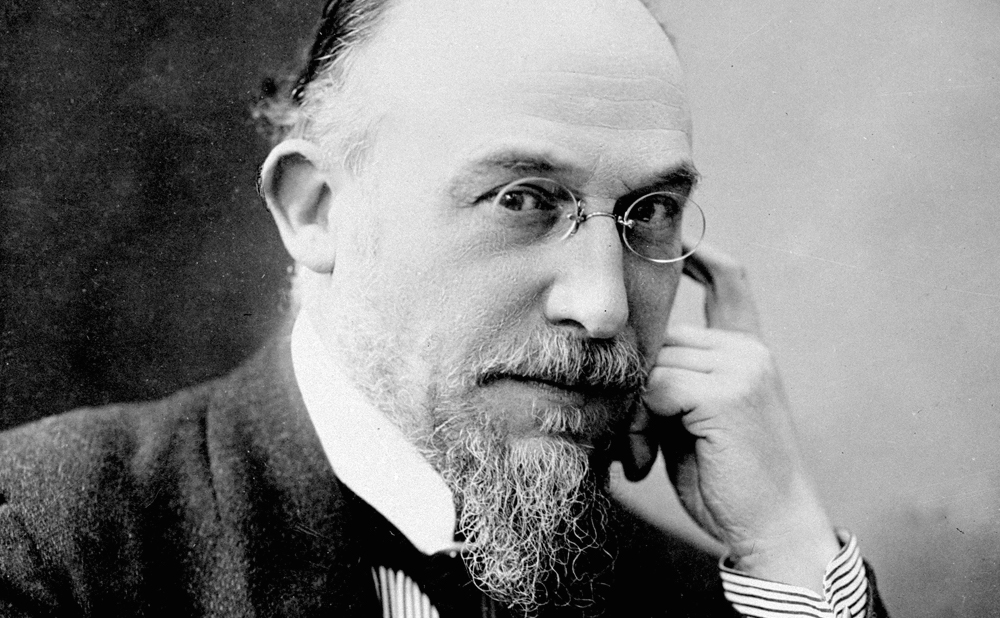 The 150th anniversary of composer Erik Satie’s birth on May 17 generated surprisingly little attention among classical musicians or commentators outside of France. But a few have started to take notice. There was a 22-hour performance of Satie’s Vexations at England’s Cheltenham Music Festival on July 15, and wide-ranging appraisals have recently appeared in the Boston Globe, The Guardian and Gramophone.

While tribute concerts and new recordings are lacking this year, Satie is a hot commodity in one place: Spotify. In a new article for MusicalAmerica.com (available behind a paywall) I detail how a version of his Gymnopedie No. 1 has become the most-played track on the streaming service. Satie is also Spotify’s seventh most-streamed composer, ahead of the likes of Tchaikovsky, Vivaldi and Mahler. For better or for worse, Satie anticipated an age when music could act as sonic wallpaper for dinner party conversations or mindless tasks at the office (the busiest time for classical music listening, according to Spotify, is 3 pm).

Caroline Potter, author of the new book Erik Satie: A Parisian Composer and his World, told me that Satie’s Gymnopédie No. 1 appeals to a pop audience in search of easy-listening instrumentals. The piece is “the same length as a typical pop track,” she said in an e-mail. “It can be appreciated on so many levels: it’s harmonically unusual, haunting, with a soothing, rocking rhythm. It often appears on chillout and relaxing compilations.” With its patterned accompaniment, the piece was likely inspired by the nostalgic tunes of organ grinders, she added.

Satie composed his three Gymnopédies in 1888, shortly after dropping out of the Paris Conservatoire, where a teacher called him the laziest student he’d ever met. The composer got a job in Montmartre as a café pianist, where he accompanied shadow plays and singers, usually with a glass of absinthe by his elbow. “He was accustomed to music being part of a wider artistic context,” said Potter. This culminated in his musique d’ameublement (“furniture music”), repetitive background pieces intended to fill awkward pauses in party conversations. These would spare guests “the trouble of paying attention to their own banal remarks.”

Robert Orledge, a noted French music scholar and author of Satie the Composer, said that Satie was preoccupied with the concept of background music. He composed a series of “scenic backcloth” pieces that could accompany plays and other theater works but didn’t reflect the actual events on stage.

The Gymnopédie No. 1 was similarly nonspecific with its “continual low dynamic, an absence of development and climaxes, no sense of traditional harmonic progression, no Romantic rubato and lots of internal repetition,” Orledge told me. The piece’s dreamy quality has inspired countless arrangements, from Debussy’s 1898 orchestral version to a cover by Blood, Sweat and Tears. The 2008 documentary “Man on Wire,” about Philippe Petit, makes a particularly effective use of the piece.

Not everyone is sold on Satie’s merits. In The Spectator, writer Guy Dammann argues that Satie is responsible for inventing the “cultural poison that is Muzak” and he chides Satie’s ironic stance for “discouraging us from believing what we’re hearing.”

But Satie also belongs to a tradition of conceptual art that places ideas above traditional aesthetic concerns (though the three Gymnopédies are eminently listenable). Orledge, the Satie scholar, believes that Satie suffered from an inferiority complex next to Stravinsky and Debussy. Without a symphonic masterpiece in the cards, he instead drew inspiration from pop culture (writing for silent film) or unorthodox concepts (Vexations features a motif to be repeated 840 times).

But for all of his quirky ingenuity (and radical politics), Satie evidently didn’t think much of recordings. “Satie was uninterested in modern technical developments like recording, the radio and even the telephone,” said Orledge. “Which is curious.”

One Reply to “Erik Satie’s Gymnopédie No. 1 Takes Hold on Spotify”