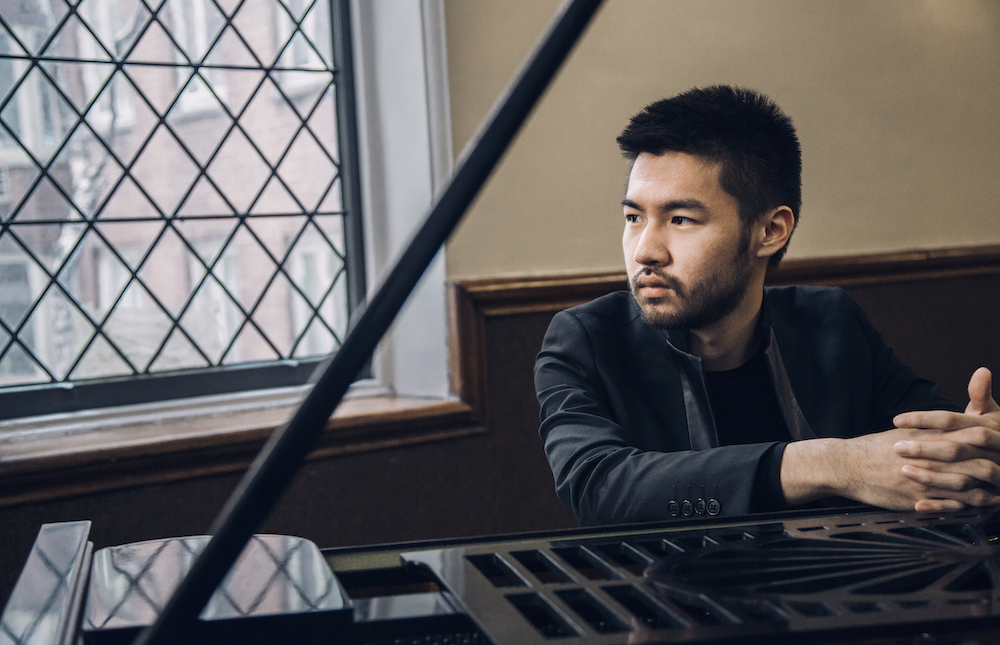 Live from his New York City apartment, the pianist Conrad Tao on March 25 performed The People United Will Never Be Defeated, Frederic Rzewski’s epic set of 36 variations on the 1973 Chilean protest song.

Tao had been scheduled to play the towering set of variations at Walt Disney Concert Hall in Los Angeles on March 10, a concert that was called off as the coronavirus spread across the globe and mass gatherings were forbidden. He was also due to perform the work at New York’s 92nd Street Y this week, but after that too was cancelled, he presented it in his living room via a Facebook Live stream. The Y says that it indeed was live, not pre-recorded, and the concert is now archived (no word if Tao’s neighbors were as pleased with it as Facebook viewers seemed to be).

Earlier this year, I spoke with Tao for the March 2020 issue of BBC Music Magazine. It has been lightly edited for length and clarity.

The centerpiece of your LA Phil recital is Rzewski’s variations on the Chilean protest song The People United Will Never Be Defeated! How does this piece speak to us today?

I’m reluctant to make an easy reading of it in the current day. However, the thing that’s interesting to me about the piece is a lot of it is fiercely logical, in that one variation takes one idea and really wrings as much juice out of it as possible. Then, the way that the piece is structured feels to me like a literary structure almost. There’s a chapter and a summary, a chapter and a summary. Then we end with these extended summaries, like a jumble. As the piece progresses there are variations that spin out into their own worlds.

It’s really about keeping the dream alive. I find myself thinking about the reality of the left’s struggle, as encapsulated in the original song. I think there is spirit of hopeful solidarity at the piece’s core.

You’re also performing Rzewski’s modernist take on “Which Side Are You On?”, based on the 1931 protest song.

The song is about the struggle of miners in Harlan County, Kentucky. Miners just last year were protesting by blockading a train from leaving Harlan County because the company Blackjewel went bankrupt and workers’ paychecks bounced. That’s a month’s pay robbed from workers and then their benefits were cut shortly after [about 1,100 workers ultimately won $5.1 million in unpaid wages in court settlements].

Your recent album “American Rage” – which includes Copland’s Piano Sonata -builds on this thread of protest-themed music. What does the title signify?

When I released the album last year, I’d been playing that program with the Rzewski and the Copland Piano Sonata since 2015. At the time I felt very self-conscious — that this program isn’t just about the current moment. I was worried about seeming reactionary or worse, opportunistic. But also you can’t deny it. There is something in the air. The thing that I really wanted to highlight in the recording — and this is why I play Which Side Are You On? — is you have to pick a side. That fantasy of neutrality is a side.