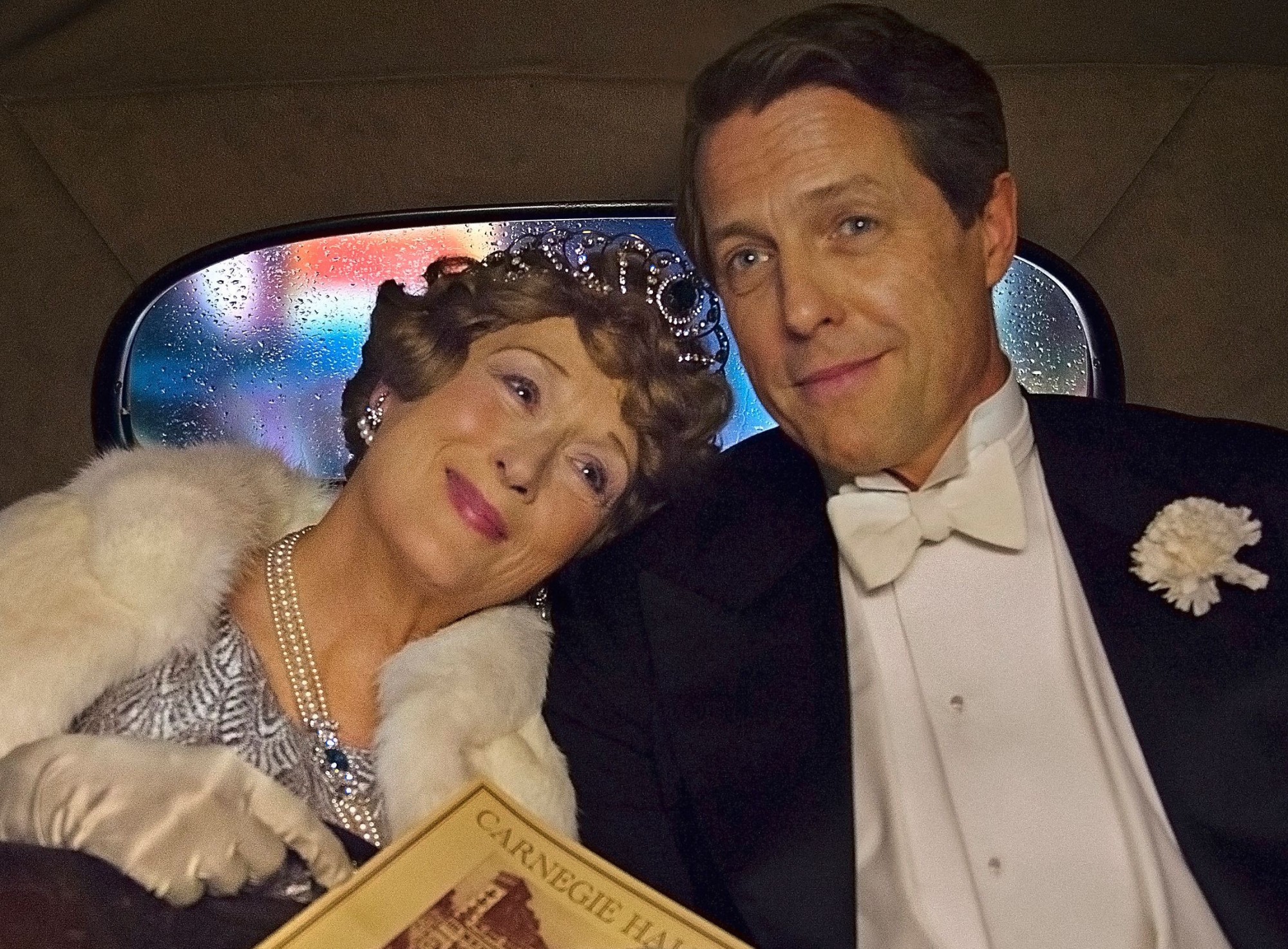 In an apparent fluke of timing, there are no fewer than three films currently in production or release about Florence Foster Jenkins, the socialite who became infamous in the 1920s and ’30s for her tone-deaf renditions of opera arias by Mozart, Verdi and other composers.

Jenkins has long been a cult figure among opera lovers and, about a decade ago, she was the subject of a long-running play, “Souvenir,” starring Judy Kaye. Many have tried to figure out what motivated a well-meaning rich woman to pursue a career as an amateur opera singer, despite a vocal style that consisted of mainly off-key and out-of-rhythm screeches and squawks. Listeners of the day were apparently fascinated by it all: she managed to perform before glamorous society audiences and give a Carnegie Hall recital in 1944.

Here’s what to look for in the three films.

The Angle: The big draw of this self-described documentary is that it features an actual singer in the title role, American mezzo-soprano Joyce DiDonato. She announced the project on Twitter last month, and offered some insight into her approach. “[Jenkins’s] passion and innovative drive was THE reason to make this film,” wrote DiDonato. “She was fierce!!!” Shooting began last month on the film, which is said to draw on interviews with experts and New Yorkers who heard the singer in her heyday. Also promised are unreleased recordings.

Backstory: Directed by Ralf Pleger, the film is scheduled for theatrical release in November and will also air on the European ARTE TV network. An online fundraising campaign is underway to support the project.

The Angle: A Meryl Streep vehicle, this film traces the lead-up to Jenkins’s notorious Carnegie Hall concert, which drew a sold-out crowd. Hugh Grant portrays St. Clair Bayfield, Jenkins’ aristocratic manager and companion “who’s was determined to protect his beloved Florence from the truth,” reports Variety. A promotional photo (above) shows the two in the back seat of a car, Streep clutching a Carnegie Hall program book. The cast also includes Simon Helberg, Rebecca Ferguson and Nina Arianda.

Backstory: It’s directed by Steven Frears, whose credits include “The Queen” and “High Fidelity.” Paramount has acquired the U.S. rights for the Pathe/BBC Films production, which Variety suggests takes a “quirky” and “heart-warming” approach. (Additional reviews on Rotten Tomatoes.)

The Angle: Loosely inspired by Jenkins’s story, “Marguerite” shifts the action to 1920’s Paris in its portrayal of Marguerite Dumont, a French society woman. The Hollywood Reporter called it “an amusingly entertaining portrait of fortune, infamy and severe melodic dysfunction” in its review last September.

Backstory: A French-led international co-production directed by Xavier Giannoli, “Marguerite” made a good showing at the Venice Film Festival and has been nominated for several César Awards (the French film industry’s major awards). The film may face stiff competition in the States from Streep’s bigger-budget version, but for now, it appears to be hitting the right notes. Here’s the trailer:

One Reply to “3 New Films About Florence Foster Jenkins: A Users’ Guide”