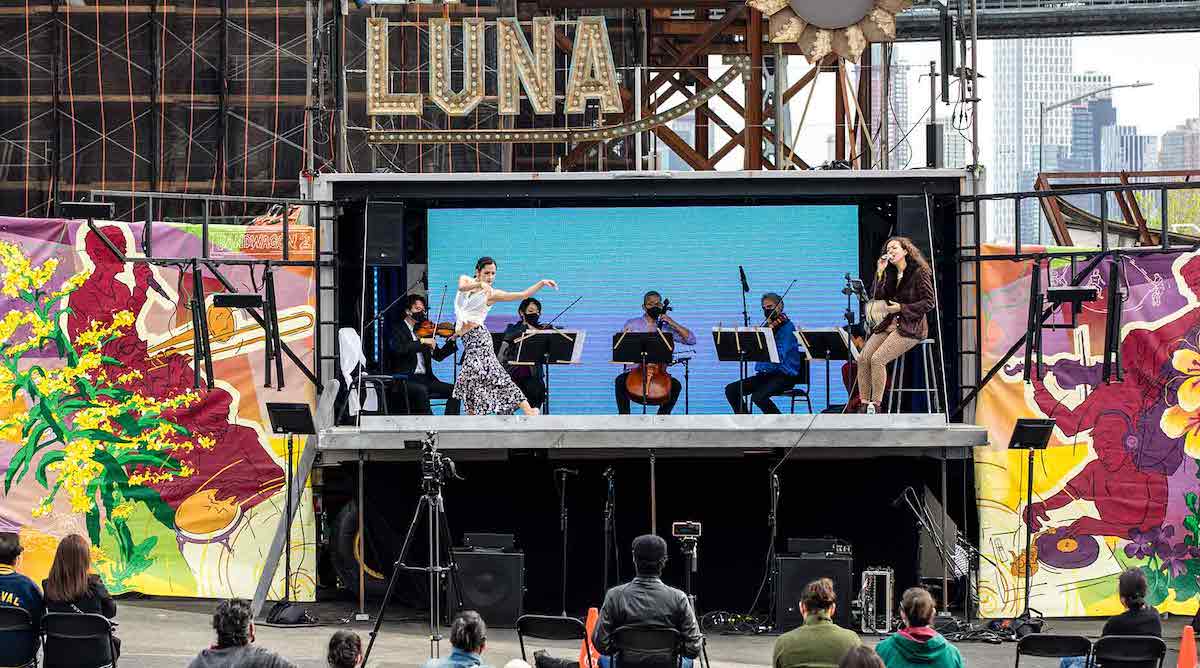 The classical music world lurched back to life in 2021. And while at times bumpy and unpredictable, the year was hardly lacking in creative energy. Below are the top six stories.

Musicians and administrators held their collective breaths as venues reopened: Unlike the 1918 flu pandemic, which saw concert halls remain open or close only briefly, the coronavirus pandemic has been a far more complex ordeal when it comes to bringing audiences back in a safe manner. Major venues including Carnegie Hall and San Francisco Opera took the lead over the summer in implementing vaccine mandates, mask mandates, and other safety protocols (though not social distancing), while other arts organizations waited to gauge safety requirements and test the local political waters. In states where politics tangled with health and safety measures, orchestras have forged a delicate middle ground: concertgoers at the Jacksonville Symphony, for instance, are “strongly encouraged” but not required to be vaccinated while those at the Fort Worth Symphony in Texas, are only required to wear a face mask.

In: Wider Seats. Out: Tuxedoes: The past two years have seen the emergence of the “quarantine 15” and sweat pants as home office wear. Aware of (or anticipating) waistline trends, San Francisco’s War Memorial opera house last winter installed roomier seats, not only to accommodate the wider girths but also to lure back patrons “who, during more than a year without theaters, have grown accustomed to consuming home entertainment from the sprawling comfort of their own couches and recliners,” writes the New York Times. Meanwhile, the Philadelphia Orchestra has dropped tuxedoes for male musicians in favor of all-black outfits, giving the ensemble a more contemporary, 21st-century look. The New York Philharmonic unveiled similar attire changes, though it’s said to be an interim measure (at least for now) as the ensemble navigates an itinerant season while David Geffen Hall is renovated.

Major podiums saw gender shifts…slowly: As Marin Alsop bid farewell to the Baltimore Symphony in August, ending a historic, 14-year tenure as the first woman to lead a large-budget American orchestra, the Atlanta Symphony announced two months later that it has chosen Nathalie Stutzmann as its next music director, starting in 2022. The appointment comes as a roughly third of the music directors at the top 25 largest U.S. orchestras plan to step down over the next several years. As the Times noted, a shift might be on the horizon in “one of music’s most stubbornly homogenous spheres.”

Cutting through the digital clutter: When Ray Chen broke a string during a performance with the Seattle Symphony of Tchaikovsky’s Violin Concerto, the cameras were rolling. Thanks to speedy work by the production staff, a clip of the (frankly, somewhat routine) moment was uploaded to YouTube where it became a miniature viral sensation. To date, it has received more than 100,000 views, or roughly 100 times the number of clicks accorded to the orchestra’s other YouTube videos. It’s a lesson in brand-building for classical organizations as they navigate the digital era: With so many groups posting concerts, it’s imperative to find novel ways to stand out.

Halls went green and skirted climate disaster. In one little-noticed announcement, Oregon’s Britt Festival announced that it will move its 2022 orchestral season to an earlier starting date in the summer, in response, it said, “to many successive years of wildfire smoke brought on by climate change.” Recent years have similarly seen the Santa Rosa Symphony cancel concerts due to wildfires and the Houston Symphony and Nashville Symphony endure devastating flood damage. As I reported for Symphony magazine in 2020, some arts groups have instituted sustainability practices to cut carbon emissions (though more assiduously so in Europe). But guarding against extreme weather events may be a more pressing concern for those in vulnerable locations.

Some arts groups looked more like their communities: The Metropolitan Opera reopened in September with Fire Shut Up in My Bones, an opera by multi-Grammy Award winning jazz trumpeter and composer Terence Blanchard. It marked the first work by a Black composer to be presented by the Met and it was deemed so successful that the company announced plans to stage another one of Blanchard’s works, the opera Champion, in April 2023. The year saw other high-profile moves towards greater inclusivity in programming, whether it was the Philadelphia Orchestra opening the Carnegie Hall season with Seven O’Clock Shout by Valerie Coleman or the Chicago Symphony Orchestra’s appointment of Jessie Montgomery as its Mead Composer-in-Residence. “One way or another, a lot of American orchestras have apparently decided that diversity in concert programming is an idea whose time has finally come,” wrote San Francisco Chronicle music critic Joshua Kosman.

Other 2021 Trends in Classical Music

A venue for the times: Ready for outdoor music-making, San Diego’s Rady Shell at Jacobs Park opened in August.
Venezuelans on the world stage: As Gustavo Dudamel became the music director of the Paris Opera this fall, his countryman Rafael Payare took the podium at the Montreal Symphony as its music director designate.
Supply chain issues hit opera: Two weeks before the L.A. Opera was to open its fall season, its sets were stuck in container ships parked off the coast of California. A crew of about 45 people had 10 days to recreate the drawings and build the stage.
Creative stagings: These could be found in many corners of the music world, from the New York Philharmonic’s Bandwagon 2, involving a mobile shipping container, to drive-in performances by English National Opera and San Francisco Opera.
Swan Songs: The pandemic has yielded a wave of retirements, including announced plans by the Emerson Quartet and Endellion Quartet to disband after decades in the string quartet business. Jaap van Zweden announced in September that he’ll step down in 2024 as the New York Philharmonic’s music director, as the pandemic made him rethink his life and priorities. As I wrote for Strings magazine in November, there are many competing factors that determine when it’s time to hang up the bow or put down the baton.