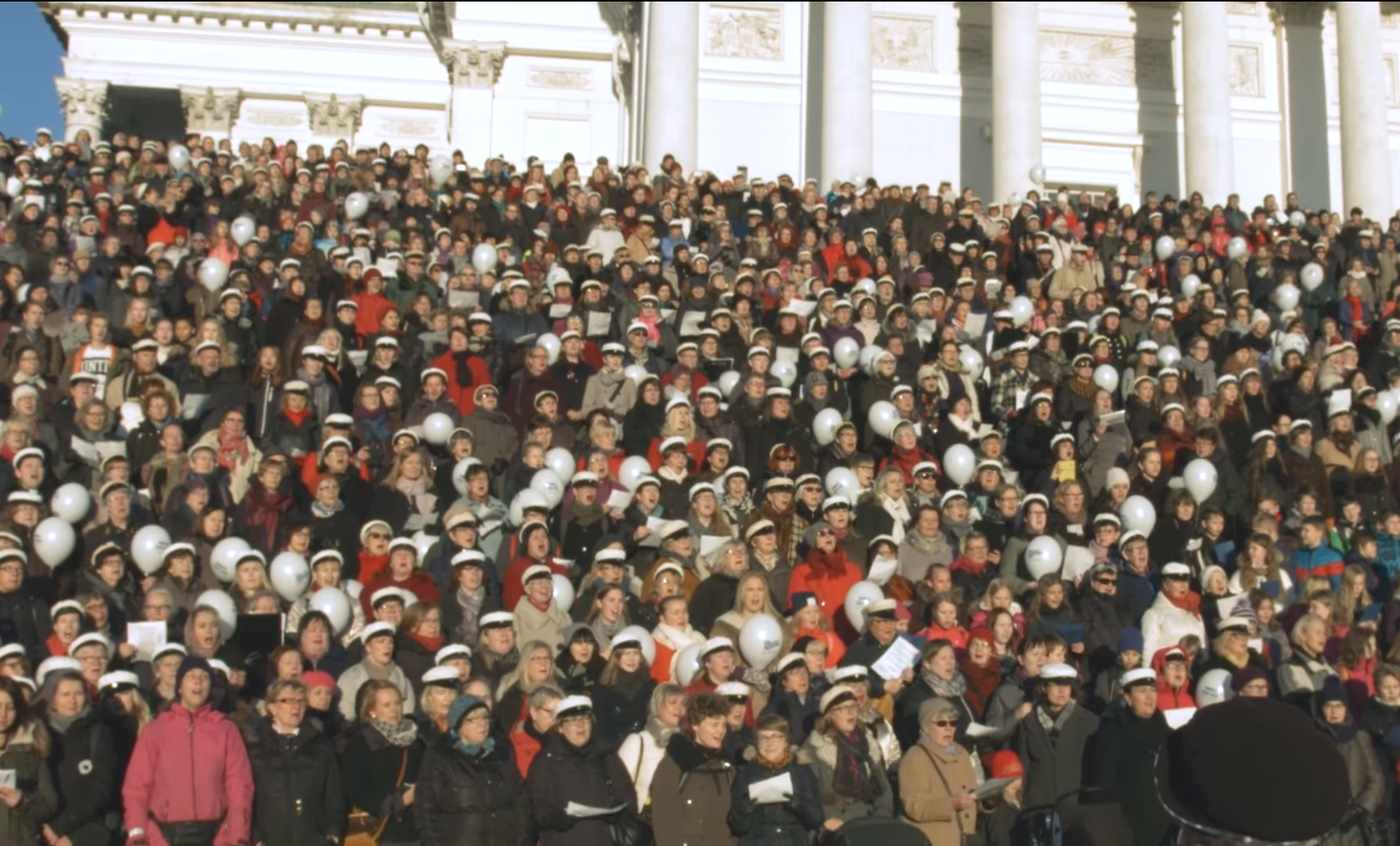 For the final week of 2015, the pop music critics of the New York Times put together a survey of their top music videos of the year. A couple of the choices crossed into classical territory, including an intriguing video for Terry Riley’s minimalist landmark In C.

Recorded in Bamako, Mali by Africa Express – a collaboration between Western and African musicians led by Damon Albarn – the 41-minute video is cited by Times critic Jon Pareles for its propulsive blend of images from the city’s streets, clubs and recording studio.

Though the music video isn’t exactly a go-to medium for classical musicians, the most effective ones can help artists reach beyond a traditional audience base. Here are six other standouts.

Among the most dogged video-makers in the classical music world are the duo pianists Greg Anderson and Elizabeth Joy Roe. Following videos of Piazzolla’s Libertango (2007) and Stravinsky’s The Rite of Spring (2013), the duo released their own misty arrangement of Copland’s Saturday Night Waltz from his ballet Rodeo. Shot in a barn in Quilcene, Washington, it features the duo’s trademark swooping cameras, tight edits and sidelong glances.

American orchestras have had a historically low profile on YouTube when compared with their counterparts in other parts of the world. This is changing somewhat as more ensembles and musicians’ unions cut deals that allow for wider media distribution. Recorded on May 7 under the direction of Ricardo Muti, the Chicago Symphony Orchestra’s performance of Beethoven’s Ninth Symphony has received more than 1.3 million views to date.

On December 8, the Sibelius Academy in Helsinki, Finland organized a cast-of-thousands performance of Sibelius’s Finlandia Hymn to celebrate the 150th anniversary of the composer’s birth. While amateur videos of the event spread online immediately afterwards, the music conservatory released this more polished version several days later.

The Icelandic musician Ólafur Arnalds and German-Japanese pianist Alice Sara Ott this year released “The Chopin Project,” a mesmerizing collection of pieces loosely based on Chopin’s music. Several videos by the filmmaker Máni Sigfússon captured the music’s intimate, ethereal qualities, as in this reimagining of Chopin’s G minor Nocturne.

A new project from Google debuted in December that allowed audiences to pay virtual visits to more than 60 performing arts venues. A chief tool in Google’s arsenal is its Street View function, as seen in this Philadelphia Orchestra performance of Grieg’s In the Hall of the Mountain King, from Peer Gynt.

While some elaborately produced music videos failed to garner much traction in 2015, others, like this Juan Diego Florez encore, were widely shared by virtue of their charm, simplicity and sense of surprise. It’s taken from his Salzburg Festival recital and recorded by Medici.TV.