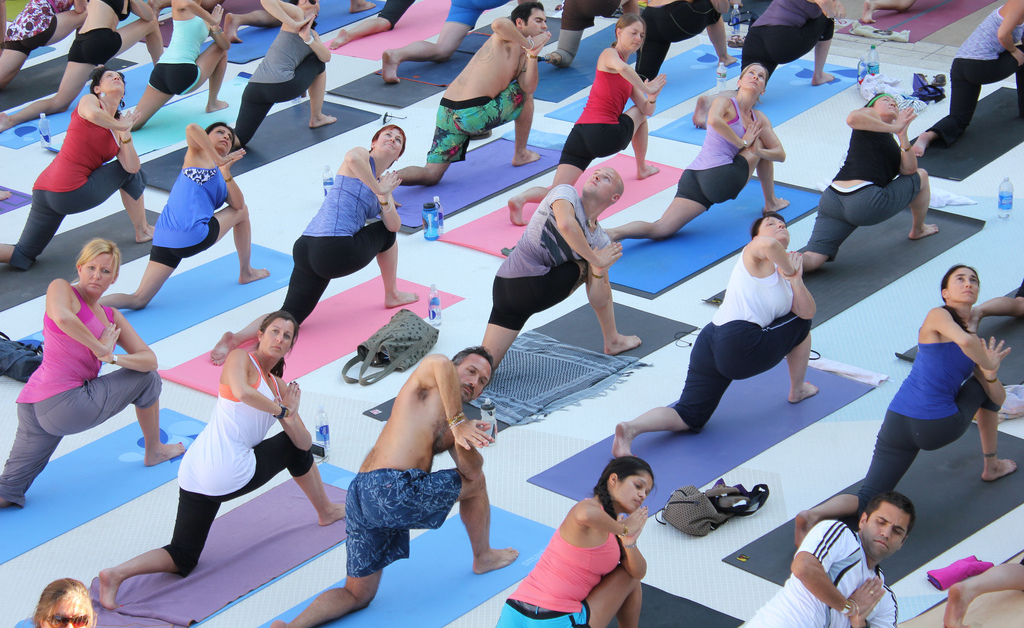 Among American orchestras, the definitions of community outreach and engagement seem to be constantly in flux. One of the latest efforts to reach a new audience on its own terms comes from the Detroit Symphony Orchestra. On November 16, the DSO will host OM @ The Max, in which a yoga instructor – who also happens to be the orchestra’s librarian – leads a group yoga session while a string trio performs. It takes place in the Cube, the orchestra’s black-box venue.

This isn’t the first effort in this direction. Last year, London’s Barbican Center produced Lost in Thought, a “mindfulness opera” by Rolf Hind, in which audiences were invited to do yoga, meditate or eat together during the performance. (Eastern spirituality is also a theme in operas by Philip Glass and works by Terry Riley, among others.)

The notion of turning a concert hall into a new-age meditation retreat might strike serious listeners as a gimmick or sign of desperation, though it’s worth noting that the pop music world has long embraced a subculture of yoga-centric music festivals and events. And perhaps yoga practitioners are listening more carefully than we realize.

In another recent development, on November 3, the singer Theo Bleckmann and pianist Shai Maestro presented a show at National Sawdust that took place entirely in the dark (or almost dark; a few exit signs delivered dim red glow). As I reported in The Guardian, Bleckmann sought to create a concert environment in which audiences could fully zone out, meditate or otherwise listen to his music without visual distractions.

The event drew perhaps 30 patrons, with some wearing loose-fitting clothing and many stretching out on provided pillows and cushions. It helped that the venue is kept spotlessly clean – one can think of a few jazz clubs where this would hold less appeal. And Bleckmann fashioned a program arc that drew from his 2005 album “Anteroom,” which features mellow textures filtered through electronic processing. Below is a video from a 2009 performance of the material.

The scientific evidence as to whether music can aid actual sleep is fairly incomplete and those who used the concert as an opportunity to snooze were in the minority. But as Lincoln Center’s artistic director Jane Moss told me, concert presenters and promoters are looking to ways to make their halls seem more personalized and less about the God-like performer on a proscenium stage. “What’s really important now is audiences like intimacy with the performers,” she said. “It’s more audience-oriented.”

For his part, Bleckmann was fine with audience members sleeping while he performed. “I don’t want to control how people should listen,” he told me (I, for the record, stayed wide awake). “But the first step in listening is to have your body relaxed and let your mind just wander and not be distracted by visual stimuli.”