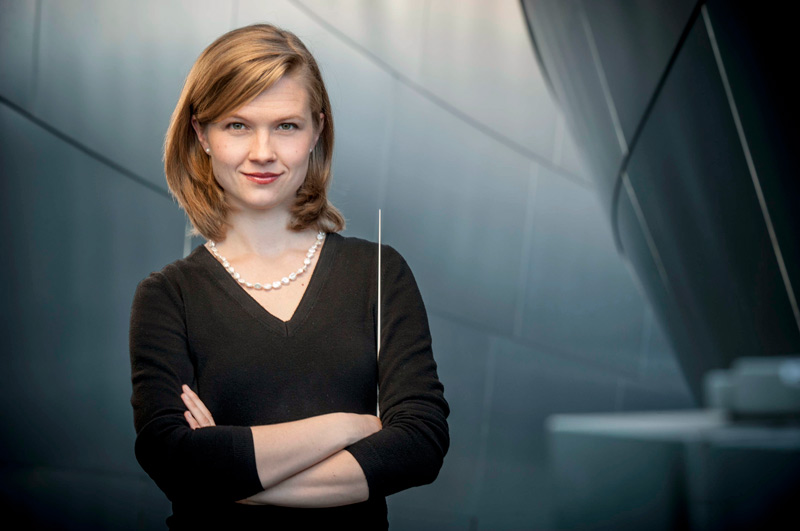 The news on Thursday that the City of Birmingham Symphony Orchestra has hired Lithuanian conductor Mirga Grazinyte-Tyla, 29, as its next music director has generated has a degree of excitement not always seen in announcements of this sort.

Indeed, if social media response is any indication, the Birmingham, England-based ensemble has gotten this appointment right. Grazinyte-Tyla will assume her new post in September for an initial three-year stint while also keeping her job as an associate conductor at the L.A. Philharmonic. She is the latest young woman to break through a stubborn glass ceiling in the field, after Xian Zhang did so recently in New Jersey and in Wales.

In a new piece for Slate (written before today’s news hit), I look at the recent conductor appointments and the extent to which youth and charisma can help lift an orchestra’s fortunes. The topic resurfaced with the New York Philharmonic’s appointment of Jaap van Zweden as its next music director. The orchestra’s choice has been viewed in some circles as a conservative one, though New Yorkers will have to wait and see what van Zweden puts forward in terms of programming initiatives and community engagement.

In a separate Philharmonic announcement on Wednesday for the orchestra’s 2016-17 season, outgoing music director Alan Gilbert spoke confidently when he said that “orchestras now occupy a crucial place in culture and a nexus in society to make the world a better place. It’s something we’re embracing wholeheartedly.” Whether the Philharmonic has fully achieved Gilbert’s lofty remarks can be debated, but they’re words that conductors young or old might hold onto as they set their agendas.