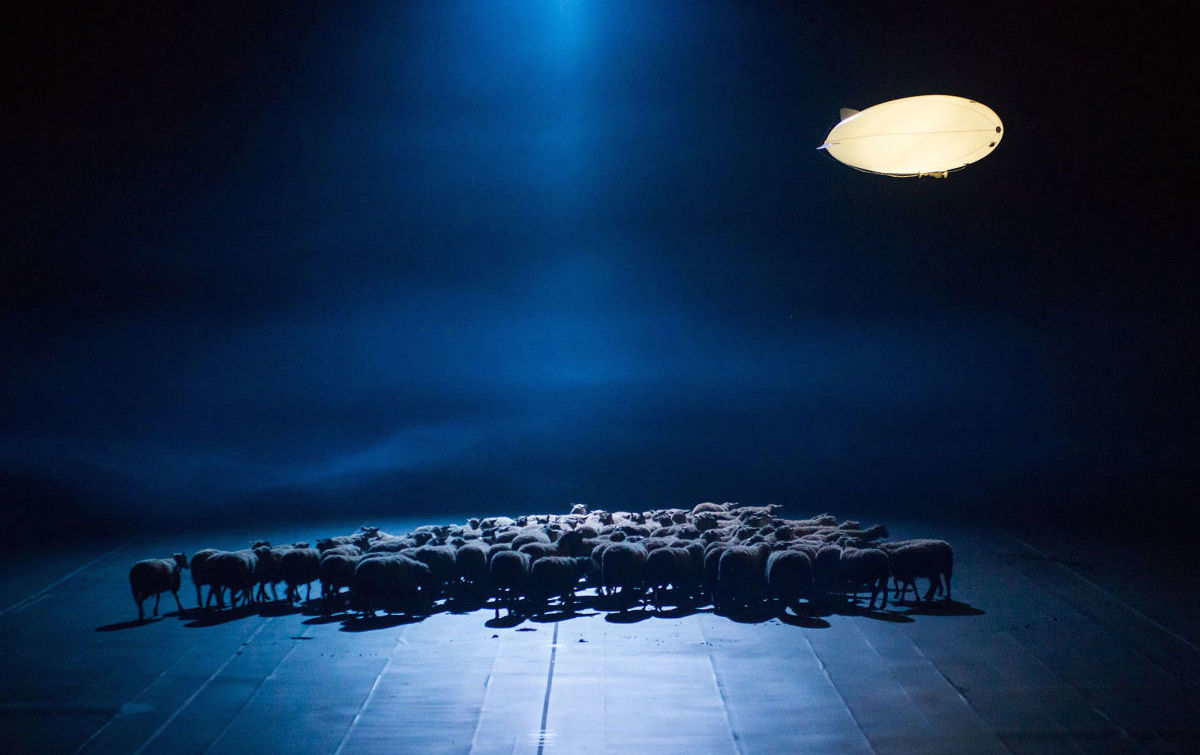 A provocative article on the website Counterpunch looks at whether there is a double standard when it comes to the use of live animals in works of art. At a time when Sea World and Ringling Bros. have bowed to public pressure and changed their policies on captive orca whales and elephants, respectively, New York artists and their audiences seem particularly enthralled this season by exhibits and productions featuring animals as performers.

Author Elliot Sperber specifically questions Duke Riley’s “Fly by Night,” an exhibit that involves 2,000 pigeons flying about over the East River with lights attached to their ankles. It recently began a six-week run and has charmed critics from the New York Times and other outlets, even as it has drawn protests from some animal rights advocates.

“It is hardly debatable,” writes Sperber, “that the employment of animals (beings incapable of consenting to spending days, weeks, or merely hours, confined to, and on display in, galleries or museums … ) is exploitative, reflecting a form of domination that does not simply regard living animals as material so much as it deforms animals into material.” His essay includes a long and woeful catalog of animal mistreatment for art’s sake.

Classical music performances this season have seen a flock of sheep wander through the Park Avenue Armory, as part of Louis Andriessen’s modernist opera De Materie (above), and horses prance at the Metropolitan Opera, in the latest revival of Sonja Frisell’s 1987 production of Aida. There has been no suggestion of impropriety in either production and both involved handlers from the established agency All Tame Animals.

The “Fly by Night” producers include a statement on their website, which reads, in part: “‘Fly by Night’ was extensively researched in relation to the behavior and well being of pigeons. Information from pigeon clubs to animal welfare groups was extensively reviewed, and individual experts were consulted…Additionally, an independent animal advocacy monitor is on hand for all performances.”

But as long as audiences clamor to see animals in performance, extra diligence by arts groups is warranted. And perhaps there’s another model to emulate: Laurie Anderson’s Music for Dogs, a concert which the composer/violinist says is specially designed for dogs’ ears. Watch a clip from the recent U.K. premiere and decide for yourself if she’s onto something: