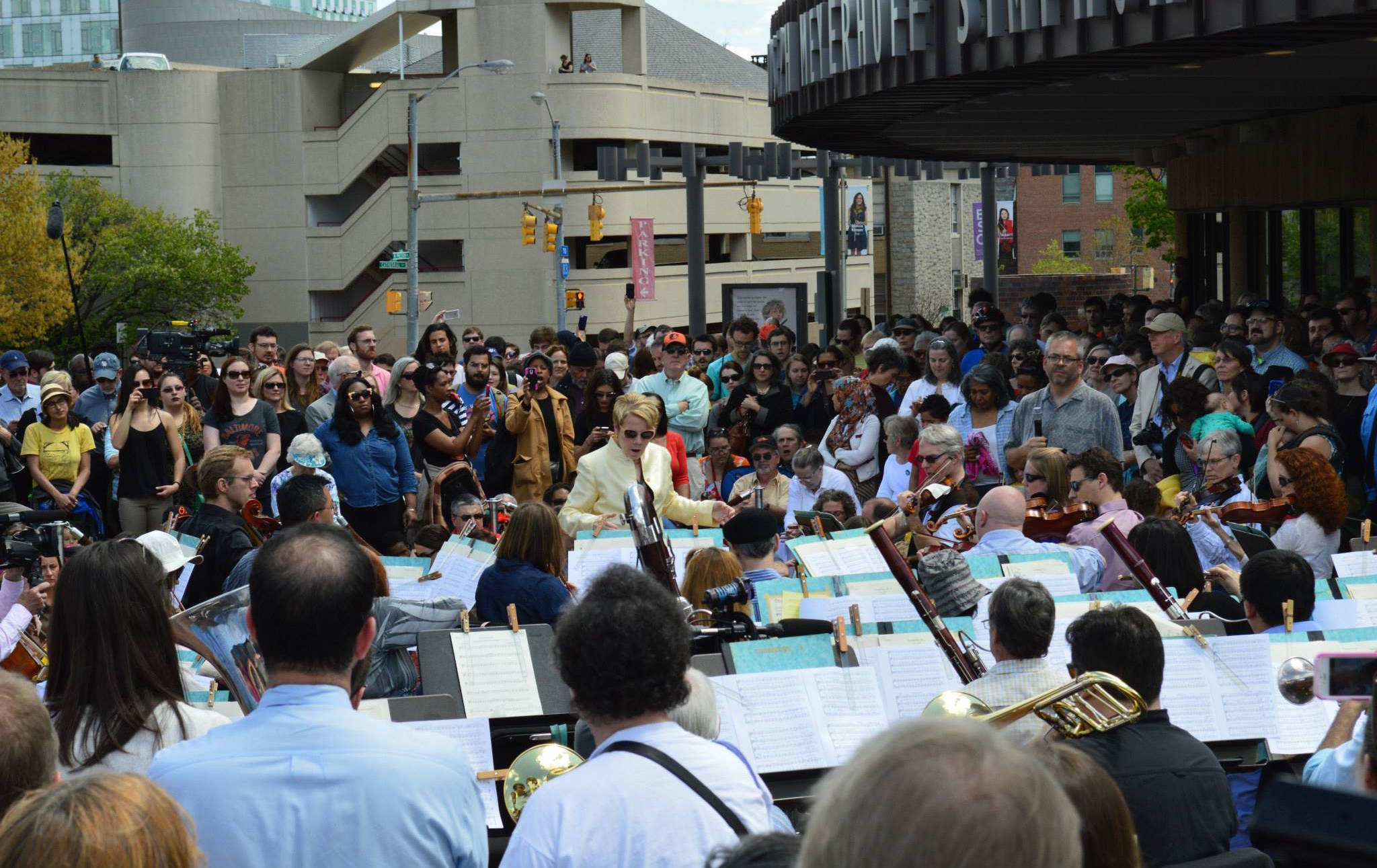 Tucked inside a press release about the Baltimore Symphony’s April 16 concert at Carnegie Hall was one eye-catching detail: Before the program’s centerpiece of Mahler’s Fifth Symphony, Marin Alsop is slated to conduct the premiere of Kevin Puts‘s The City, a long-scheduled piece whose creation took on “added focus,” after last year’s rioting and protests after the death of Freddie Gray. It will be accompanied by a film by Baltimore-born filmmaker James Bartolomeo.

Puts, who won the Pulitzer Prize for Music in 2012, describes his inspiration in a program note:

The composer goes on to describe a theme (a “rich anthem”) that builds to “cataclysmic dimensions,” until finally: “The City ends in a haze of uncertainty. I imagined a helicopter making a final pass over the city until it recedes into the distance.”

The composition appears to be in keeping with the Baltimore Symphony’s other efforts to address the troubles in its home town: After last April’s violence, music director Marin Alsop and the BSO organized a free, outdoor concert in the neighborhood where the unrest took place. Days later, it played a second concert at a Baptist Church featuring the Jewish reggae singer Matisyahu and Beethoven’s “Ode to Joy.”

Puts, who teaches at the Peabody Institute in Baltimore, has set himself a formidable task with The City, but he has some experience with programmatic music. The composer has drawn praise for Silent Night, a widely-performed opera about the Christmas truce in World War I, which won the Pulitzer in 2012. More recently, he composed Rounds for Robin, a modest but affectionate tribute to the late Robin Williams, which was premiered by the flutist Marya Martins last summer. Listen below: