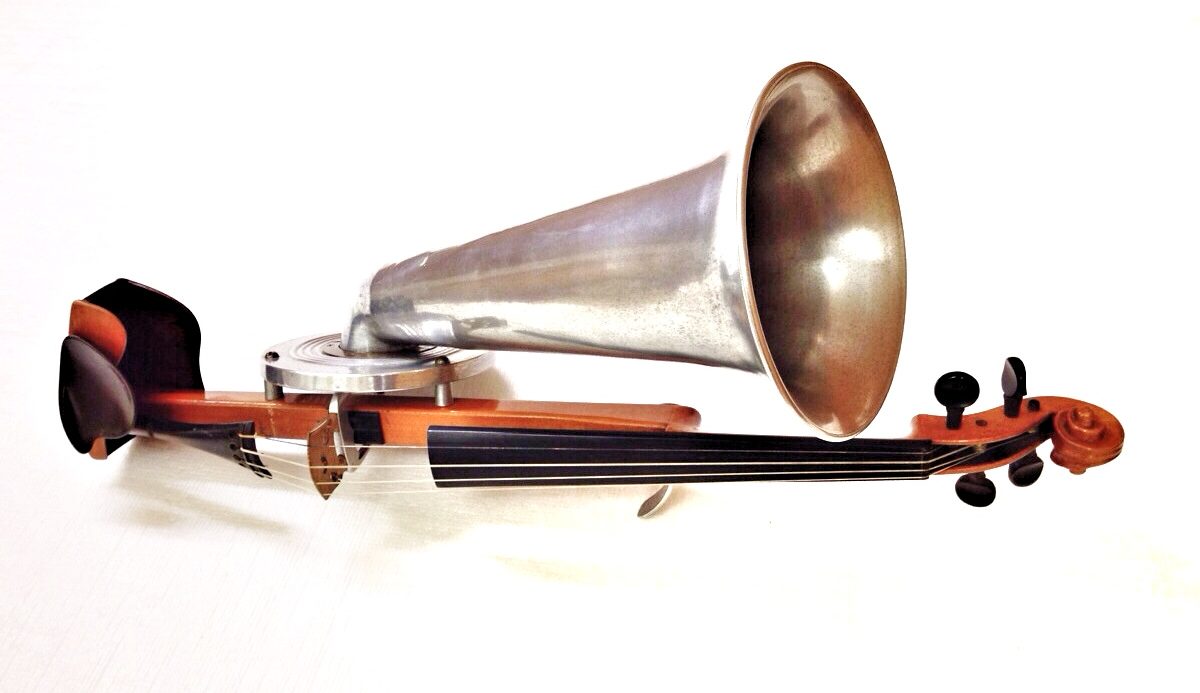 July 31st was Uncommon Instrument Awareness Day. Yep, that’s a holiday. It’s a moment to reflect on the world’s rare, odd and truly extraordinary instruments. In a video that I produced for the Chicago Symphony Orchestra, I look at 10 curious inventions that you may hear at its concerts one time or another. They range from the Stroh violin (pictured) to the heckelphone. Watch:

In developing this video, a number of other instruments were considered but didn’t make the cut, though not because they aren’t also uncommon and extraordinary.

Among the others that were considered was the thunder sheet, a large sheet of flexible metal that, when shaken by a percussionist, vibrates to create a pretty decent imitation of thunder. It’s heard in Verdi’s Otello, Strauss’s An Alpine Symphony and other stormy works. Then there was the anvil, as heard in Josef Strauss’s Feuerfest Polka and Verdi’s Anvil Chorus, from Il Trovatore. And there are bird sounds, featured in Johann Strauss Jr.’s Im Krapfenwald’l (In Krapfen’s Woods) and Respighi’s Pines of Rome (which contains a recording of actual bird sounds).

Another curiosity, at least in the orchestral context, is the ocarina. It’s shaped a like a sweet potato with finger holes, and dates back some 12,000 years. The classical version was invented in the 1850s by an Italian, Guiseppe Donati. The ocarina really gained traction when Nintendo featured it in its “Legend of Zelda” video games. Ligeti uses four ocarinas in his Violin Concerto while Penderecki includes up to a dozen in The Awakening of Jacob (1974).

Finally, while researching the cimbasso, I also looked into the ophicleide, a keyed brass instrument invented in 1817, and its predecessor, the serpent, a Renaissance wind instrument with a snaking body and holes instead of keys. Hector Berlioz was particularly fond of the ophicleide, but when the cimbasso came along (at Verdi’s instigation), it superseded its relatives for delivering hefty low brass sounds. It’s still periodically dusted off today, championed by Verdi devotees seeking an authentic sound. Below is a shot of the cimbasso in action, courtesy of the Chicago Symphony’s principal tuba Gene Pokorny.