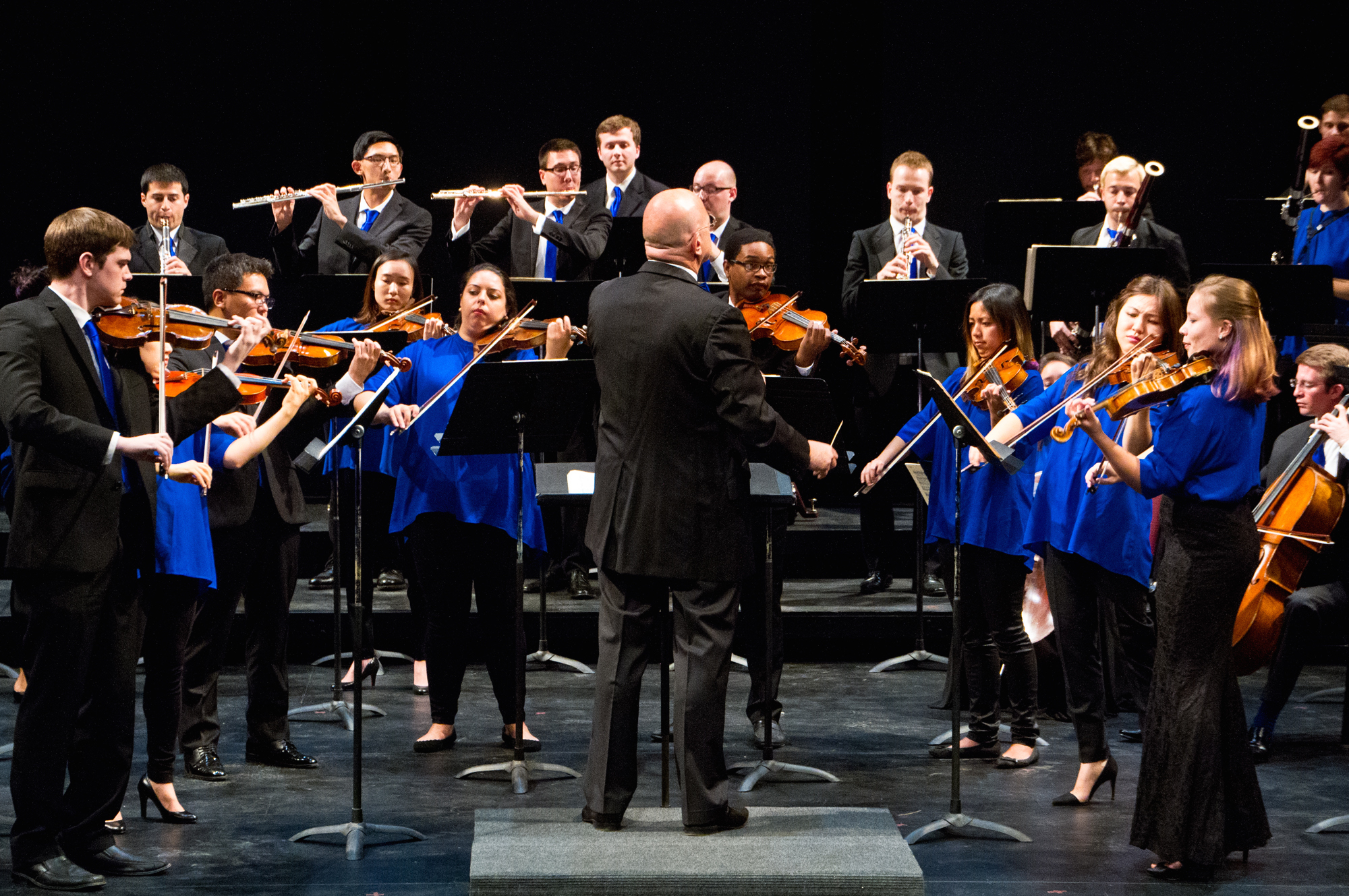 TŌN, as it’s called, was performing for the first time at Carnegie Hall, with a program called “Beethoven’s Likes,” featuring works by composers who knew or influenced Beethoven, including Anton Reicha, Ferdinand Ries and Luigi Cherubini. After this large helping of unfamiliar appetizers, Beethoven’s Fifth Symphony provided the night’s main course.

With the women musicians outfitted in royal-blue gowns and men in dark suits with matching blue ties, this 37-member group has a polished appeal and Bard is wasting no time in getting it out before New York City audiences (even if, on this occasion, many in the Stern Auditorium appeared to be friends and family of the performers). TŌN is also giving a three-concert “Sight and Sound” series at the Met Museum and several free shows in the boroughs in its debut season.

While not every piece on the Carnegie program was a distinct winner, Botstein made a case for giving each a fair shake. “We have an obsession with greatness,” Boststein said, before conducting Reicha’s Symphony No. 3 (in its U.S. premiere). “Pick up a magazine and it’s ‘the most beautiful people in the world.’ Even newspapers celebrate this idea. Those positions are dumb. Music is not an olympic sport. We are in this business because there’s a room for individuality.”

Botstein circled around to his larger point: that orchestras are too beholden to a narrow canon, and that individual pieces should be enjoyed on their own terms. What’s more, orchestras need less business-as-usual programming. No doubt this is a theme that students in the three-year program are being taught, and will come to navigate on their own terms.

A New Orchestra in Miami

One may ask whether the classical music field can sustain more young people pursuing careers as orchestra musicians — the source of a complex and ongoing debate — but new professional ensembles continue to crop up from time to time. The Miami Herald recently profiled a 24-piece group called the Nu Deco Orchestra, which is in the midst of its first season of six programs in South Florida.

The Nu Deco website describes its plans to collaborate with composers, DJs, dancers, visual and media artists, and perform arrangements of songs by the likes of LCD Soundsystem and Daft Punk. Take a look at this highlights video featuring conductor Jacomo Bairos and share your thoughts in the comments below.