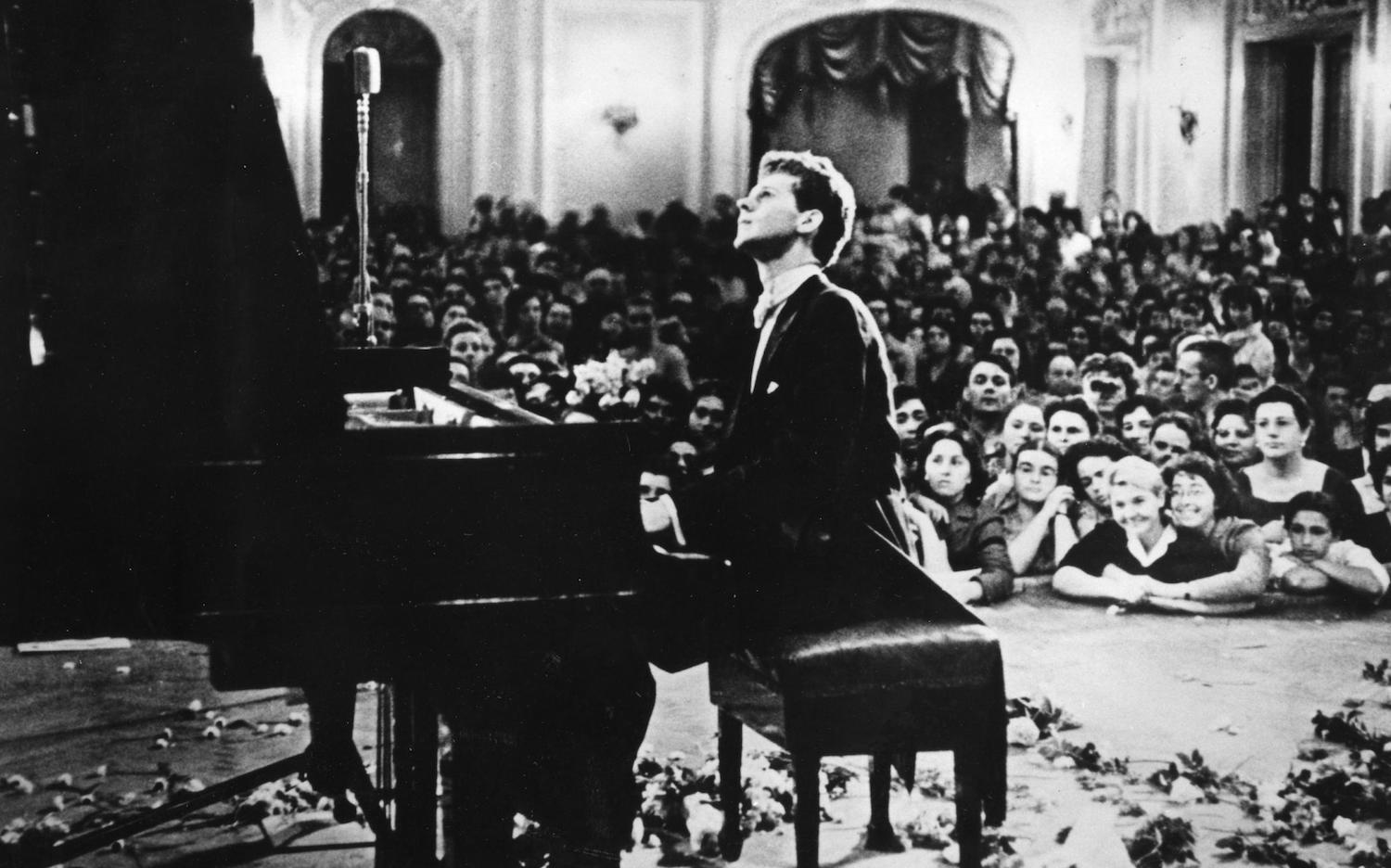 Competitions have a long history as being classical music’s talent mills. While almost all aim to launch artists’ careers, in practice, their track record is famously inconsistent. One frequent complaint holds that interesting and idiosyncratic performers often get bypassed in favor of “consensus” candidates that win over juries. But musicians continue to compete and the biggest contests still generate a certain amount of media attention (albeit nowhere near the level of Van Cliburn’s 1958 win at the Tchaikovsky Competition, pictured above).

This week, the Leeds International Piano Competition announced that it will undergo a reboot in advance of its 2018 edition. As I reported for MusicalAmerica.com (a subscription website), artistic directors Paul Lewis and Adam Gatehouse plan to sweeten the awards pot, adding a management contract, a “debut” recording, a mentoring program and concert dates in the U.K. elsewhere. The idea is to give the winners a boost that carries them beyond the medals ceremony.

Also noteworthy is the plan to eliminate teacher-dominated juries, which can lead to the problem of “jury members voting tactically for one another’s students,” according to Lewis. Leeds isn’t the first competition to recognize this problem, which invokes images of teachers making backroom deals to push their pupils ahead (Lewis doesn’t explicitly say if this has been an issue in Leeds).

In the 2015 book Performing Civility, author Lisa McCormick details the problems involving juries, which have become more homogeneous and even incestuous over the past 50 years. “It used to be more common for noted composers, critics and conductors to sit on panels alongside the most celebrated performers of the day,” writes McCormick, a sociology professor at Haverford College. She cites a long list of names from Leonard Bernstein to Times critic Harold Schonberg who used to sit on major juries. “The cause for concern is not that instrumentalists have become dominant, or that they are not famous enough. It is that the same individuals serve on so many panels, earning them the derogatory title of ‘professional jurors.'”

I’ve done research on this! My book Performing Civility speaks to why: Leeds Piano Competition to be revamped https://t.co/nmDAp0i4mP

McCormick also describes a common complaint, of a competition circuit controlled by a cozy group of insiders who travel from one event to the next, forging voting alliances and trading favors along the way. In her research, she compiled a database of piano competition juries for members of the World Federation of International Music Competitions. Though not exhaustive, her study includes 1,063 jurors serving on 203 panels over an 83-year span. In one stretch from 2001-2010, 14% of jurors appeared on four or more panels, while 64% appeared on just one panel.

This group of “usual suspects” are a small minority of jurors, but they tend to carry outsized weight and authority in voting. And with no ombudsmen holding these events to account, McCormick writes of the need for more internal checks and balances throughout the field (one petition for transparency in international music competitions received more than 600 signatures in 2008). These efforts would help promote “a culture of accountability in what had been until now an unapologetic vestige of charismatic and traditional authority.”

Photo: Van Cliburn at the Tchaikovsky Competition in 1958.