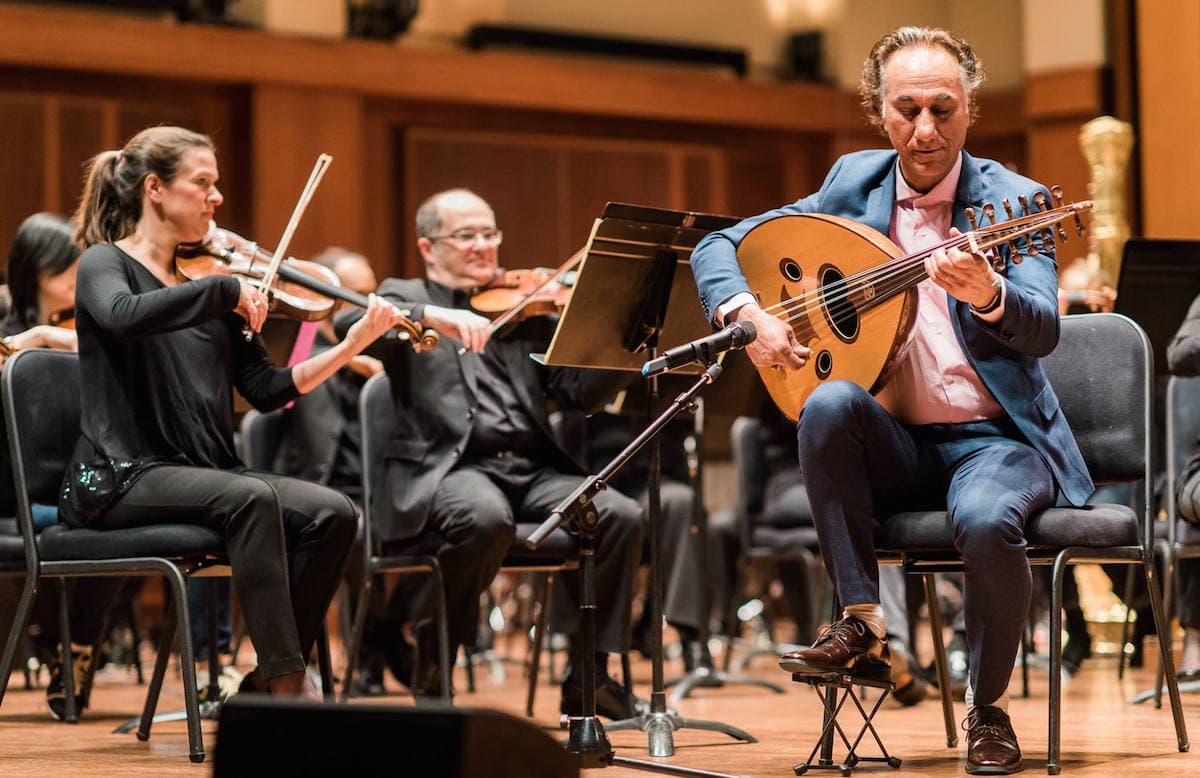 The Seattle Symphony staged a kind of protest concert on Wednesday night, featuring composers and performers from the seven Muslim majority countries that Donald Trump has sought to bar from entering the United States.

Titled Music Beyond Borders: Voices from the Seven, the free concert was live streamed on Facebook, where about 1,800 viewers were tuned in at its peak. Some left comments that they were watching from the Middle East, eager to see their countries’ musicians performing live, halfway across the world; other viewers said they were from part of the Midwest or South.

The featured composers were Rahim AlHaj (Iraq), Kinan Azmeh (Syria), Alireza Motevaseli (Iran), Ali Osman (Sudan), Gity Razaz (Iran). The Brooklyn-based Azmeh, who plays clarinet in the Silk Road Ensemble, had arrived in Seattle not long after being stuck in well-publicized travel limbo, in Beirut, because of the ban (he returned to New York after courts issued a temporary restraining order; an appeal to the latest ruling is now expected).

This wasn’t the first time that the Seattle Symphony has shown a willingness to engage with larger social and political issues. Days after terrorist attacks in Berlin and Beirut in 2015, it fast-tracked the release of a free download of Giya Kancheli’s Nu.Mu.Zu, a piece that addresses questions of violence and fanaticism. In 2013, the orchestra commissioned and premiered Become Ocean, John Luther Adams’s Pulitzer Prize-winning score, which deals with rising oceans and other climate-related phenomena. And in 2014 the symphony gained a certain notoriety when it featured the rapper Sir Mix-a-Lot during a national orchestra conference in Seattle.

Was the Seattle Symphony, in a deep blue state, preaching to the converted with this program? It’s always a question that surrounds socially- or politically-infused art. But when it comes to taking classical music out of its sometimes narrow, clubby confines – while bridging cultures – there’s much to be said for such programming. Watch the full concert below: