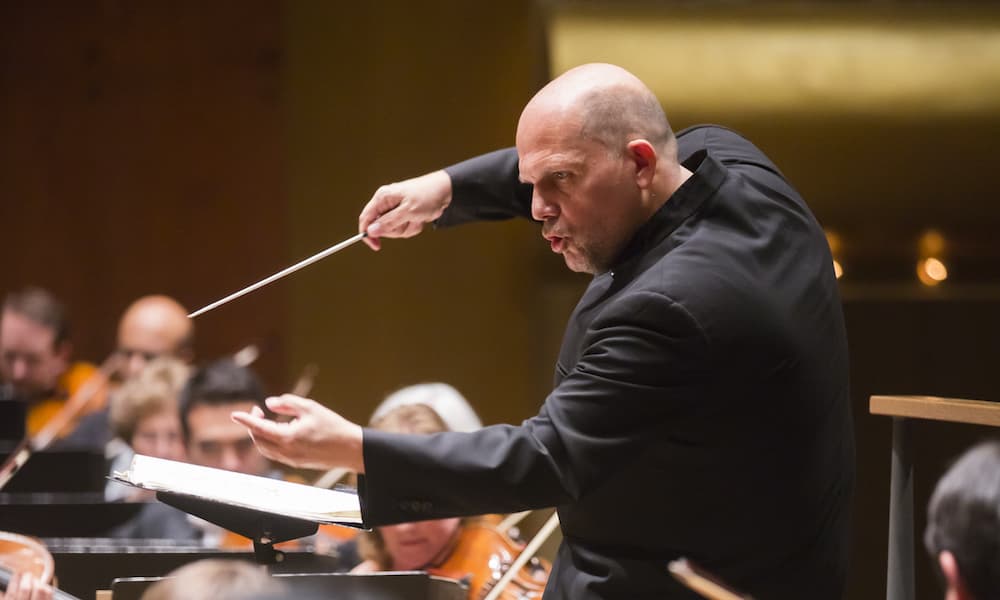 The New York Philharmonic is entering a bold new era for fans of Gustav Mahler and other late-Romantic symphonists, if the opening-night gala concert, led by Jaap van Zweden, was any indication. The Sept. 19 program featured Mahler’s Fifth Symphony, performed days after van Zweden led the same work at the Dallas Symphony Orchestra, where he is in his final season as music director.

Van Zweden has earned high marks for his Mahler performances and the Dutch conductor’s forthcoming arrival in New York follows a steady upswing in the composer’s visibility here.

Alan Gilbert conducted some 60-odd Mahler performances since 2009, according to the Philharmonic’s Digital Archives. Every Mahler symphony got its due except for the massive Eighth, and guest conductors including Daniel Harding and Semyon Bychkov also took up portions of the composer’s canon.

The archives show that Gilbert’s predecessor, Lorin Maazel, led 42 Mahler performances (the Symphonies Nos. 1-3 and 5-7), while in the 1990s, Kurt Masur led 40 performances, of which he focused almost exclusively on the First and Ninth Symphonies, along with the Ruckert Lieder. Looking further back, and the amount of Mahler ebbed and flowed, though Leonard Bernstein was a major catalyst in the Mahler resurgence (the composer himself was the Phil’s music director from 1909 to 1911).

The current changing of the guard shows some subtler changes. Gilbert ended his tenure in June with Mahler’s Seventh, his most daring and unusual symphony, with its “night music” movements, strange mandolin-meets-cowbell textures, and bitonal flourishes. Gilbert has previously shown an affinity with the proto-modernist Ninth Symphony. The recent performance is archived on Soundcloud:

Van Zweden, in contrast, chose Mahler’s taut and gripping Symphony No. 5 for his first season-opening gala concert. Its opening funeral march develops into a stormy allegro; the fifth movement encompasses in steely counterpoint. It was a statement of purpose for van Zweden, whose reputation has been built on crackling performances of such epic works.

Though New York critics have been somewhat lukewarm on van Zweden’s arrival, reviews of the season opener were largely enthusiastic: Critics from New York Magazine, the New York Times, New York Classical Review, and the blog Super-Conductor, arrived at similar conclusions: that van Zweden drew a performance that was energetic, driven, and brass-forward, if perhaps a bit exhausting.

In a recent piece for Strings Magazine, I spoke about the incoming maestro with several New York Philharmonic string players, including principal associate concertmaster Sheryl Staples. She echoed a common desire among musicians, to return to some core basics. “I think we really did want a music director who could nurture our core repertoire, which is largely consisting of those big works,” Staples said, referring to Mahler, Strauss and Tchaikovsky.

Concertmaster Frank Huang affirmed what has often been said about the Philharmonic musicians: that they respond to conductors with high-octane work ethics. “I get the sense that he can be very demanding, not just with the strings but the whole orchestra,” Huang told me. “It’s because he feels the whole orchestra is capable of performing at a very high level and getting a lot of these characters and ideas he is envisioning for these pieces. We’ve had some incredibly exciting and moving performances as a result of that.”

Read the full piece on the Strings Magazine website.