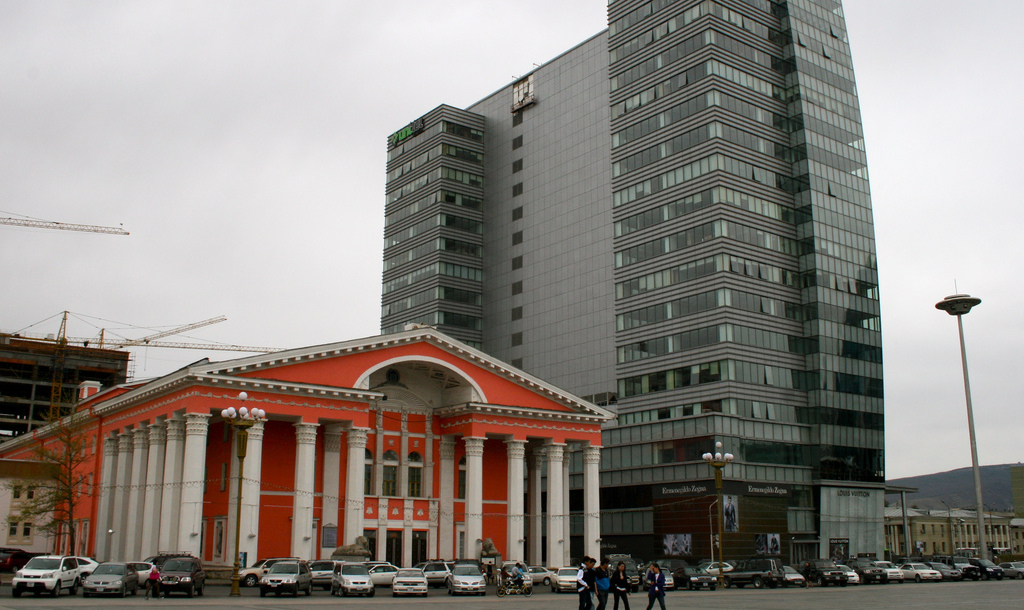 The Philadelphia Orchestra said on Thursday that it will perform in Ulaanbaatar, Mongolia in June 2017, marking the latest effort by a Western orchestra to visit a far-flung destination in the name of cultural diplomacy.

Orchestra officials touted the five-day trip as a step forward in U.S. diplomatic relations with Mongolia. Brokered with the State Department and ambassadors from both countries, the tour is expected to include one traditional concert and several days of outreach activities, including a side-by-side concert with local musicians.

It shows the extent to which distant or once-isolated countries have sought a place on the world cultural stage by luring top orchestras to their concert halls. For the touring orchestras, ambitious trips raise questions about how easily they can navigate the political complexities that surround their visits and make an impact that goes beyond the photo-op.

The Philadelphia Orchestra, of course, was an early pioneer in this regard. In 1973, it traveled to Beijing, becoming the first American orchestra to appear the communist country. The visit helped to cement the United States’ efforts to re-establish a relationship with China under President Richard Nixon.

Some orchestras have made such trips with few adverse side-effects, garnering positive media attention and official good will. In 1998, Orpheus Chamber Orchestra performed before sold-out audiences at the newly refurbished Hanoi Opera House, becoming the first professional American orchestra to appear in Vietnam since the Vietnam War ended in 1975. The Philadelphia Orchestra followed Orpheus to Hanoi in 1999 as part of an Asian tour.

In 2008, the New York Philharmonic, led by Lorin Maazel, traveled to North Korea, appearing at the East Pyongyang National Theater with a program that included the national anthems of both the host country and the U.S. The trip was controversial: for every observer who saw it as an important effort at cultural bridge-building was another who felt the orchestra was lending credibility to the totalitarian leadership of the so-called hermit kingdom.

Complex trips are often tenuous from the start. In 2010, the New York Philharmonic made plans for a rare concert appearance in Tbilisi, Georgia, as part of a tour through Eastern and Central Europe. But the concert — which was brokered by the violinist Lisa Batiashvili and Georgia’s president Mikheil Saakashvili — was called off by Georgia’s government, reportedly due to budget problems. The cancellation occurred less than a month before the scheduled appearance.

The Pittsburgh Symphony Orchestra didn’t even get that far in 2014 when it explored a potential tour a tour to Iran. The PSO performed in Tehran a half-century ago and this was intended as a bridge-building effort in conjunction with the American Middle East Institute. But the orchestra later said it was putting off its plans, citing costs and logistics.

Of course, orchestral-style adventure tourism isn’t confined to American ensembles. The Royal Concertgebouw Orchestra played on six continents during its 125th anniversary season in 2013-14; more recently said it plans to play in all 28 EU member countries. Meanwhile, countries from Qatar to Malaysia have sought to put their own stamps on the classical music landscape, building elaborate concert halls and starting orchestras of their own.

On Thursday, Craig Hamilton, the Philadelphia Orchestra’s vice president of global initiatives, made an intriguing suggestion in an interview with the Philadelphia Inquirer: “We’ll be working with Mongolian throat-singers and dancers,” he said. Below, listen to a performance by Alash, one example of what that could sound like.