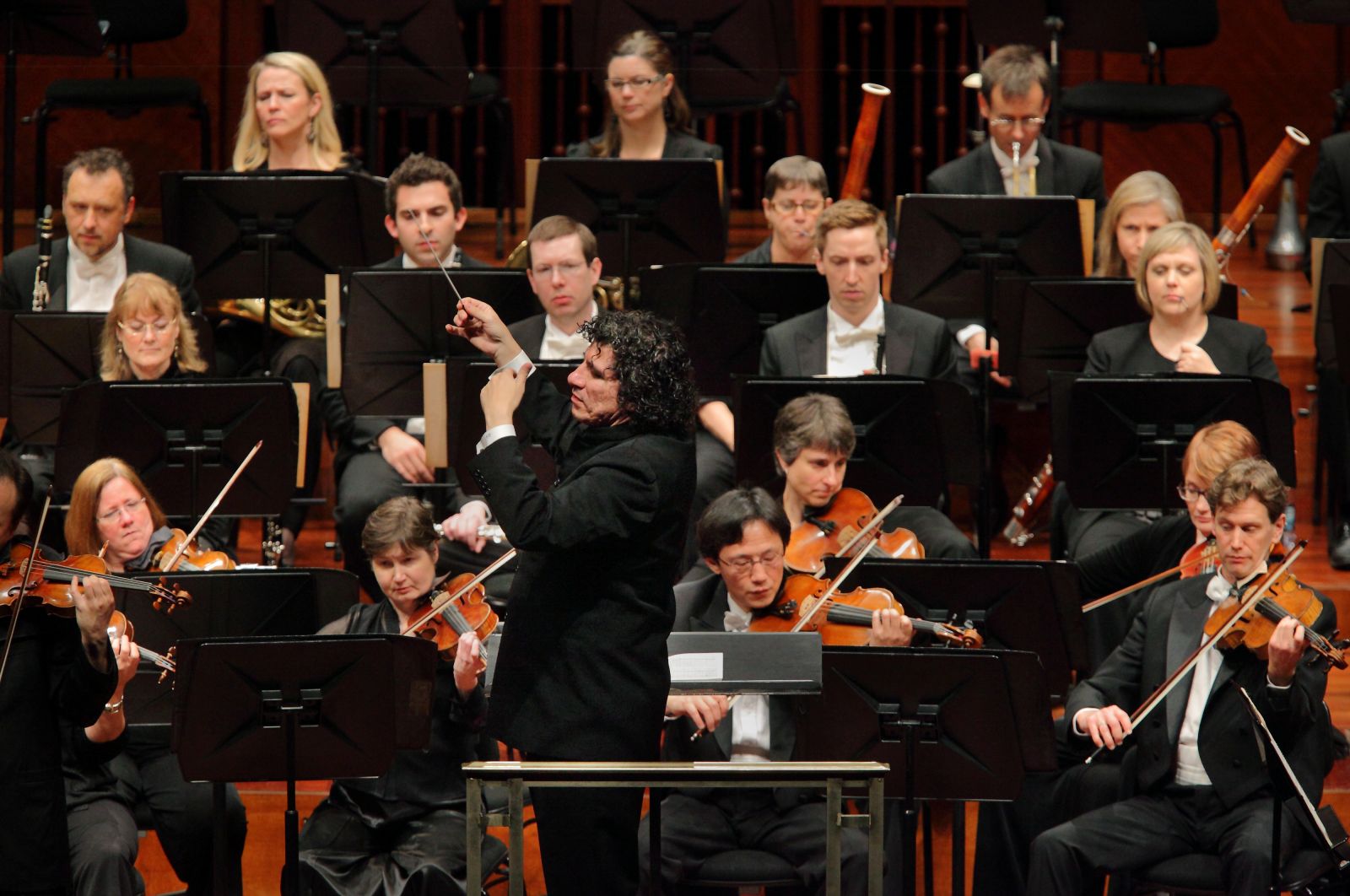 The dearth of black actors among this year’s Oscar nominees has triggered what some observers are calling a full-fledged diversity crisis for the Academy of Motion Picture Arts and Sciences, even as the president of the organization has promised change.

Lack of diversity in the arts isn’t just a concern for Hollywood, of course, and there are echoes of this debate in the classical music field.

Orchestras have been under pressure for years to increase minority representation within their ranks in order to better reflect a changing society. A mere four percent of orchestra musicians are either African-American or Latino, according to the League of American Orchestras.

While there are few high-profile classical stars leading calls for change – no orchestral equivalent of a Spike Lee or Jada Pinkett Smith – some less heralded efforts to encourage diversity can be found.

For more than a year, the Andrew W. Mellon Foundation has been awarding grants to fund orchestra diversity initiatives. Last week, it gave the Nashville Symphony a $959,000 grant to fund a new education program aimed at training a new generation of minority orchestra musicians. The funds will support about 75 percent of the precollege program, according to the Nashville Scene:

“Starting in September, the program will open with six students, each of whom will study privately with members of the Nashville Symphony. The orchestra plans to admit an additional five students a year for the next five years, eventually reaching a maximum of 24 students. To implement the program, the NSO will work with Vanderbilt’s Blair School of Music, Metro Nashville Public Schools, Conexión Américas and Choral Arts Link.”

In December, the Mellon Foundation gave the Baltimore Symphony $730,000 for education and diversity programs and the Memphis Symphony $50,000 to support planning for a fellowship program for musicians from underrepresented communities. It follows a combined $900,000 grant last July to the Cincinnati Symphony Orchestra and University of Cincinnati College-Conservatory of Music (CCM) to pilot a fellowship program aimed at fostering graduate-level musicians from minority populations and preparing them for the professional orchestra world.

Mellon also sponsored a two-day conference last month in New York in which some 50 arts leaders discussed strategies for increasing black and Latino participation in orchestras, as Symphony magazine reported. Minority representation is slated to be a central theme of the League of American Orchestra’s conference in Baltimore this June.

In both the film and classical music industries a larger set of questions emerge around the “pipeline” issue: Is the lack of black and Latino Oscar performer nominees due to racial biases among Academy members, or a severely limited number of quality roles for black actors and actresses in Hollywood? Similarly, are orchestras not hiring underrepresented minorities because of flaws in the audition process? Or does the problem stem from a thin audition pool, which points to shortcomings in conservatories and K-12-level schools? The debate continues.