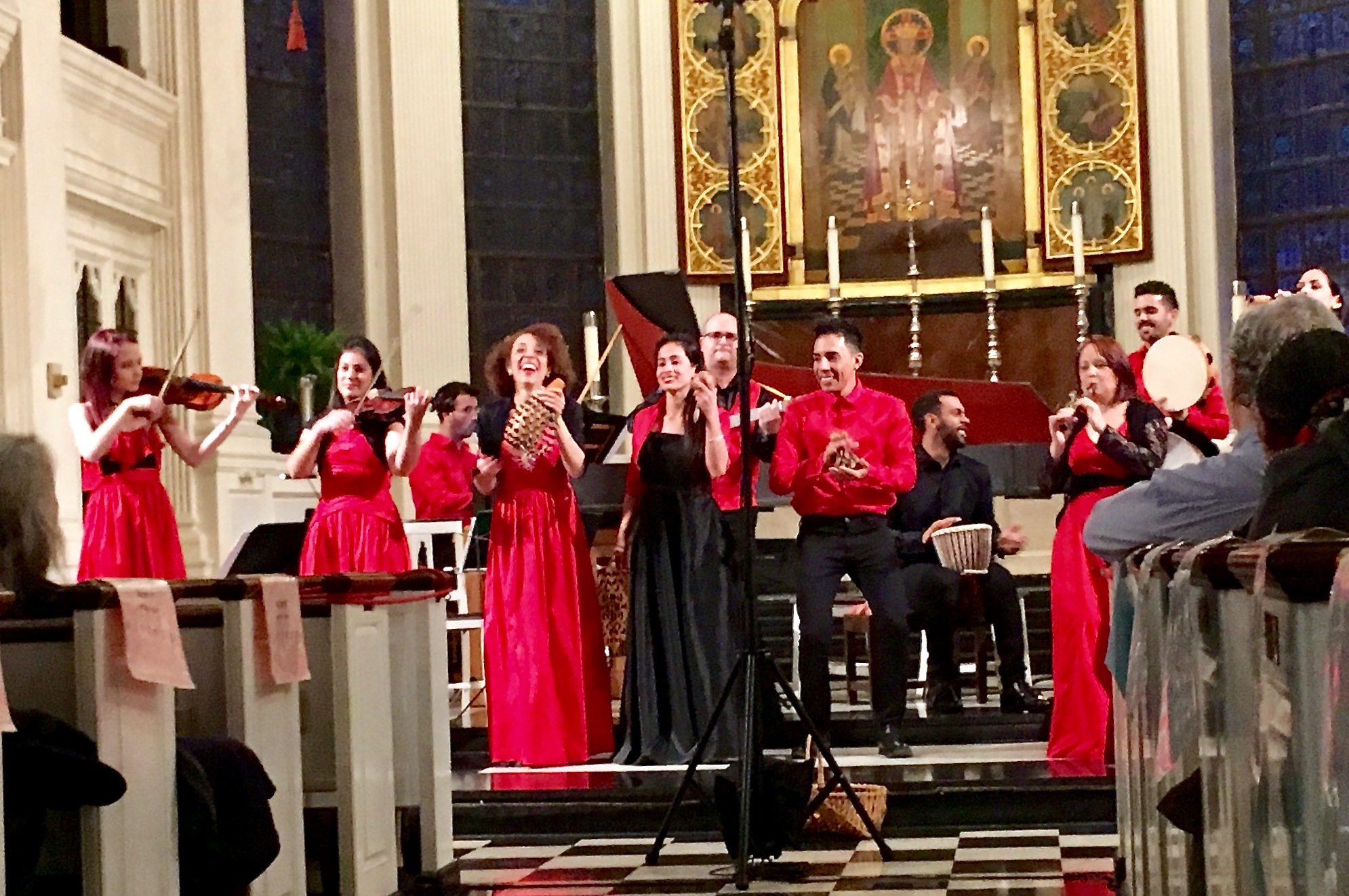 At not many concerts of Renaissance and Baroque music do the performers pick out random audience members to dance with in the aisles. Nor do such concerts typically feature a lutenist who wields his instrument like a rock guitar god, or a “horn section” that choreographs its parts with salsa- and mambo-style moves.

But these were a few standout moments of a high-energy performance by Ars Longa, an early-music ensemble from Havana, Cuba, which took place at Corpus Christi Church in Morningside Heights on Sunday. It was the group’s New York debut.

The program, “Gulumbá gulumbé: Resonancias de África en el Nuevo Mundo,” had a serious musicological basis. It highlighted 17th- and 18th-century Spanish and Portuguese composers who composed villancicos negros, songs based on the folk music of African people who were brought to the Iberian peninsula via the slave trade. The composers, including Santiago de Murcia and Gaspar Fernández, loosely adopted the rhythms and gestures of African cultures, while adding their own invented dialects and courtly instruments (lutes, viols, recorders).

The concert didn’t take a strong ethical standpoint on this musical tradition – and its more problematic associations – instead letting its colorful qualities carry the weight. In a program note, the writer Sebastian Zubieta stated, “Despite the somewhat patronizing slant, [the villancicos] richly manifest not only the human dimension of the slaves but also the cultural riches of the black population of Spanish America, its rhythms, its fantasy, its ways of celebrating, its extroverted joy, and vital energy.”

Ars Longa was founded in 1994 by the soprano Teresa Paz and despite having performed throughout Europe and Latin America, only now is it gaining a toehold in the U.S. Fully embracing their Cuban heritage, the group’s dozen or so musicians juggle several instruments, and are game to trade the recorder or sackbut for maracas and a turn on the dance floor. The Sunday afternoon crowd seemed enthused by the break from stodgy early-music conventions, with one patron shouting “Viva La Cuba!” with a perfect Spanish inflection. Indeed.

Below are a couple of clips of the group, which give only a taste of their music-making.