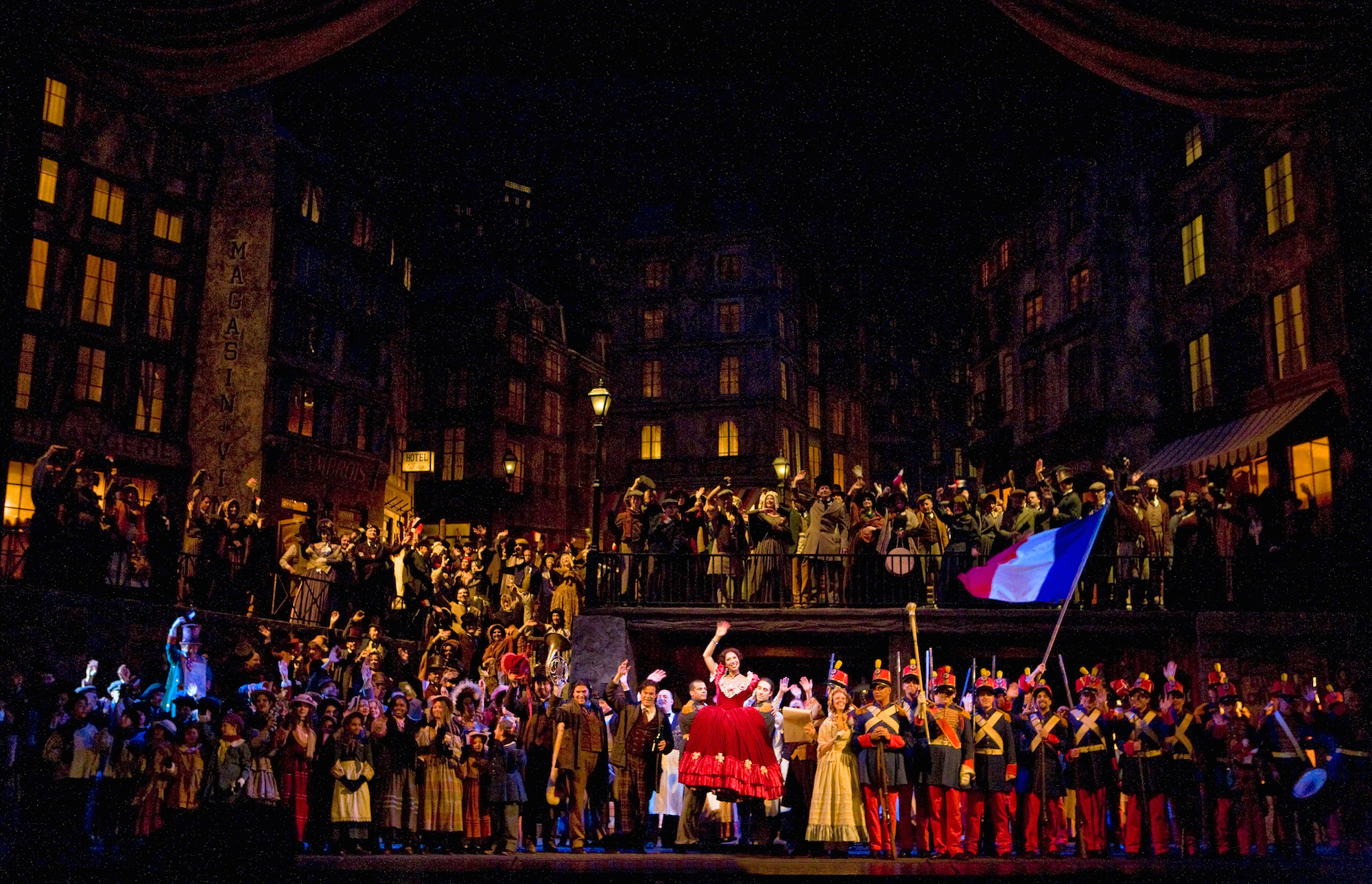 There are many reasons why certain operas stay popular year after year, irrespective of the director or casting choices: It often boils down to the right combination of compelling stories, relatable characters and great melodies.  END_OF_DOCUMENT_TOKEN_TO_BE_REPLACED

The Metropolitan Opera made news with its decision not to put darkening makeup on the face of the tenor singing the lead role in Otello, its 2015 opening-night production. Numerous newspaper articles followed. But largely absent from the discussion were the people with arguably the closest perspective on the issue: singers of color.

In this edition of WQXR’s Conducting Business podcast, we explored the issue with two African-American opera singers and one scholar who has written about portrayals of race in opera.

• Lawrence Brownlee, who is one of today’s most in-demand tenors, and who frequently appears at the Met.

• Naomi André, co-editor of the book Blackness in Opera and a professor at the University of Michigan.

• Vinson Cole, a tenor who has sung with many of the world’s leading opera companies and orchestras over three decades.

This edition of WQXR’s Conducting Business podcast explores the complex question of how to build ethnic and racial diversity in American orchestras. Industry data has shown that African-Americans and Latinos account for just about four percent of all U.S. orchestra musicians and only one percent of orchestra board members and CEOs. The discussion explores the roots of this disparity, touching on blind auditions, building a diverse audition pool and board leadership. Also discussed are areas where signs of change can be found.

Listen to the full segment in the above audio player.

Among the topics discussed were the Metropolitan Opera’s labor troubles and its contentious premiere of John Adams’s opera The Death of Klinghoffer; inventive programming at the orchestras of Philadelphia and Seattle; and the continued emergence of China on the orchestra landscape.

The labor dispute that shook the Metropolitan Opera in the summer of 2014 was not the first of its kind. The company has had an on-and-off history of standoffs and strikes involving its singers, orchestra musicians, stagehands and other workers. In this report for WNYC and WQXR, I looked at this history, and examined what was at stake if a threatened lockout were to occur.

“When the Met had a three-month labor battle in 1969, nearly 20 percent of its subscribers dropped off and it took the company five years to recoup the losses. The last time there was a lockout, in 1980, it lost donors and it took four years for ticket sales to rebound. Some question whether today’s audiences will be nearly as loyal.”