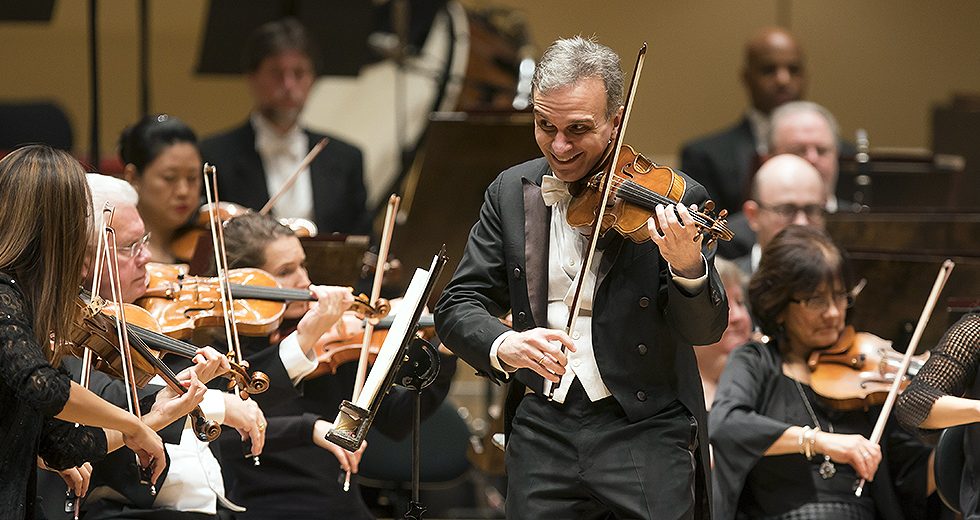 Violinist Gil Shaham joins the orchestra for Mendelssohn’s Violin Concerto. This enchanting score was Mendelssohn’s final orchestral piece. It’s also a response to what he saw as the empty virtuosity plaguing concertos of his day. (Shaham also gives an encore written by Max Raimi, a member of the CSO’s viola section).

The concert opens with the first suite from Grieg’s Peer Gynt, and the broadcast closes with Carlos Miguel Prieto conducting the suite from Prokofiev’s music for the film Lieutenant Kijé.

More about Sibelius’s First Symphony: Jean Sibelius wrote this work in 1899, a year when the Finnish nationalist movement was becoming increasingly urgent. Russian Tsar Nicholas the Second had introduced new measures to suppress Finland’s autonomy and Sibelius responded with several patriotic anthems. The symphony also captured a nationalistic feeling, though it’s more beneath the surface. “This is not a piece about Finland,” says Storgårds. “But still there’s something about it that grabs the feeling of having something going on within the country at that time.”