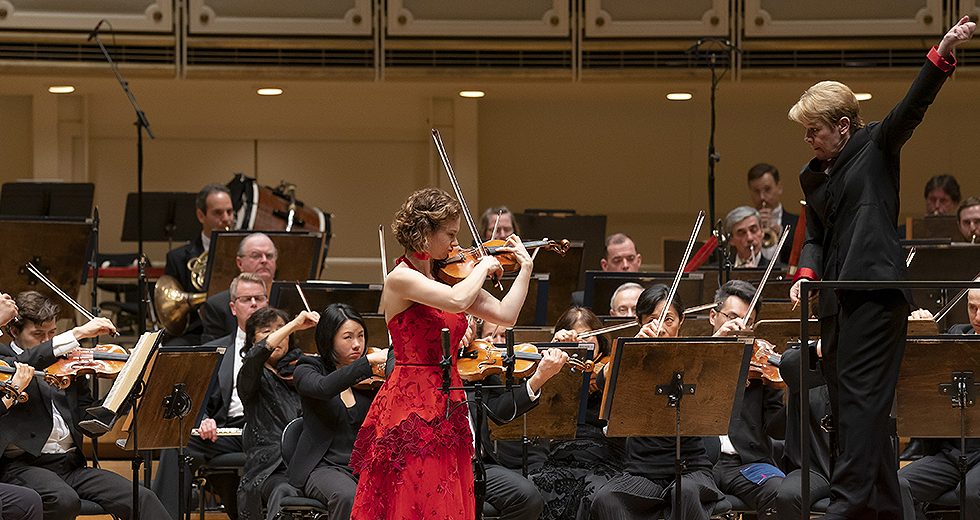 Marin Alsop, conductor
Originally recorded at concerts in May 2019

More about the Program

Jean Sibelius was 14 when he took up the violin. He wrote in his diary that, for the next decade, it was his “overriding ambition to become a great virtuoso.” But Sibelius never developed much skill on the instrument, hampered by a late start and by a lack of high-caliber teachers in Finland. Some listeners hear his Violin Concerto as a kind of wistful farewell to that childhood dream. Hahn says that she’s been performing this work for some 25 years. She hears an inner struggle below the work’s soaring and brilliant surfaces.

“I wonder sometimes, because Sibelius had such a connection with the violin — he played it, he wanted to be a professional, and wound up composing instead,” Hahn says. “He didn’t write that many pieces that featured the violin besides this concerto. There’s a feeling I have that he is struggling against the instrument but in a way that only someone who knows the instrument very well can tow that line.”

Listen to the full show above. This program will be available until August 25, 2021.