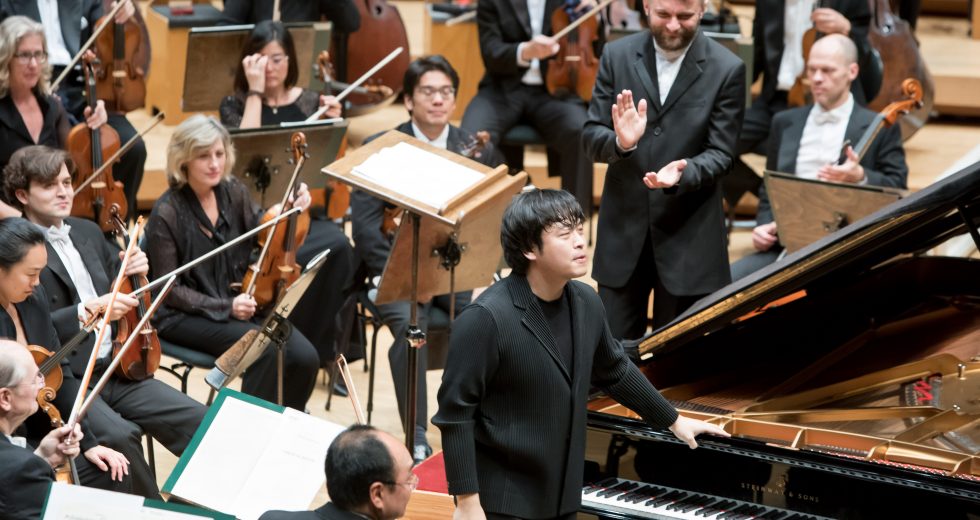 Listen to the Show Here:

More About the Program

The program opens with Sergei Prokofiev’s Overture on Hebrew Themes a work that comes from the busy year of 1919, when the Russian composer was living in New York City, giving recitals and struggling to complete his opera The Love for Three Oranges for the Chicago Opera.

That fall, Prokofiev bumped into some classmates from the St. Petersburg Conservatory. They had formed a chamber group called the Zimro Ensemble, comprised of a clarinet, strings and piano, and named for the Hebrew word for “singing.” They were in New York to raise money for a new conservatory in Jerusalem.

The musicians handed Prokofiev a notebook of traditional Jewish themes and asked if he’d write them a piece. He initially declined their request but kept the notebook as a gesture. Then, one evening, Prokofiev sat down at the piano, opened the book and began improvising accompaniments to the melodies. He was so enthralled by music that within two days he’d sketched out the Overture on Hebrew Themes. The Zimro Ensemble introduced it at a New York recital in January 1920.

The program also features Mendelssohn’s First Piano Concerto, a work that stemmed from a trip to Italy in 1830, and which seems to have been inspired by a young woman he met along the way named Delphine von Schauroth. This performance features Sunwook Kim, a 2006 winner of the Leeds Piano Competition.

And not to be missed is Lutoslawski’s Concerto for Orchestra. This remains one of his most popular works, and highlights his strengths as an orchestrator and a champion of Polish identity.

Listen to the full show above. This program will be available until April 19, 2023.