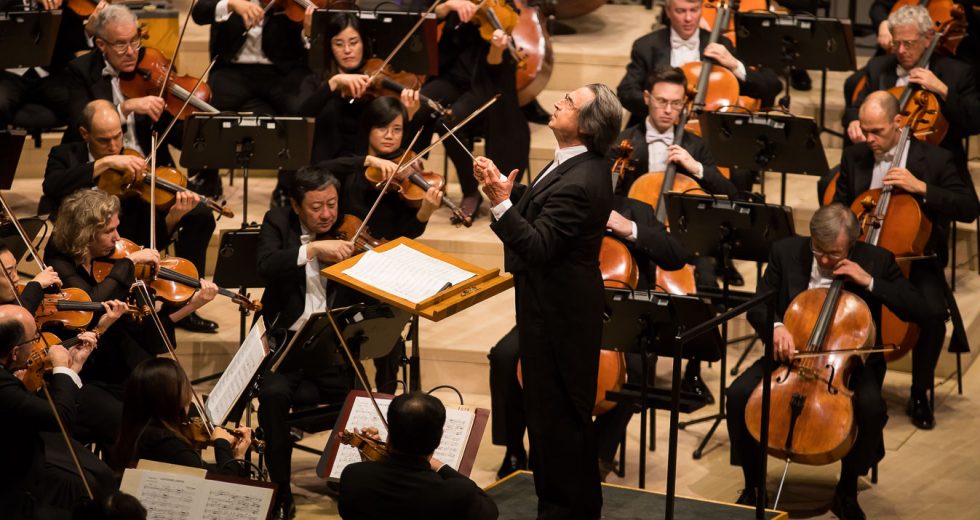 This program will be available until September 24, 2019.

The Low Brass Concerto by Philadelphia composer Jennifer Higdon is a CSO commission and written especially for the orchestra’s acclaimed low brass section. Higdon says she got to know its sound from an early age.

“When I was very young, I think I was in second or third grade, my parents gave me a cassette player for Christmas,” she says. “They gave me one [cassette], and it was the Chicago Symphony, with Fritz Reiner conducting Pines of Rome and Pictures at an Exhibition and I think I listened to that cassette tape probably about 5,000 times… So the brass sound of the Chicago Symphony is somehow very native to my brain.”

Higdon says she makes her living exclusively from commissions, as opposed to teaching or other day jobs. Her composing career took off in the year 2000 with Blue Cathedral, an orchestral piece that’s since been played over 650 times. In 2010, she won a Pulitzer Prize for her Violin Concerto. And in 2018, she picked up her second Grammy for a recording of her Viola Concerto.

Higdon has composed more than a dozen concertos, but a Low Brass Concerto brought new challenges. Namely, she grappled with how to take the trombones and tuba — which are usually at the root of an orchestra — and place them front and center.

LS: In this single-movement piece, Higdon says she aims to capture the brass in all of their majesty, grace and power. The soloists are CSO principal trombone Jay Friedman, trombone Michael Mulcahy, bass trombone Charles Vernon, and principal tuba Gene Pokorny.