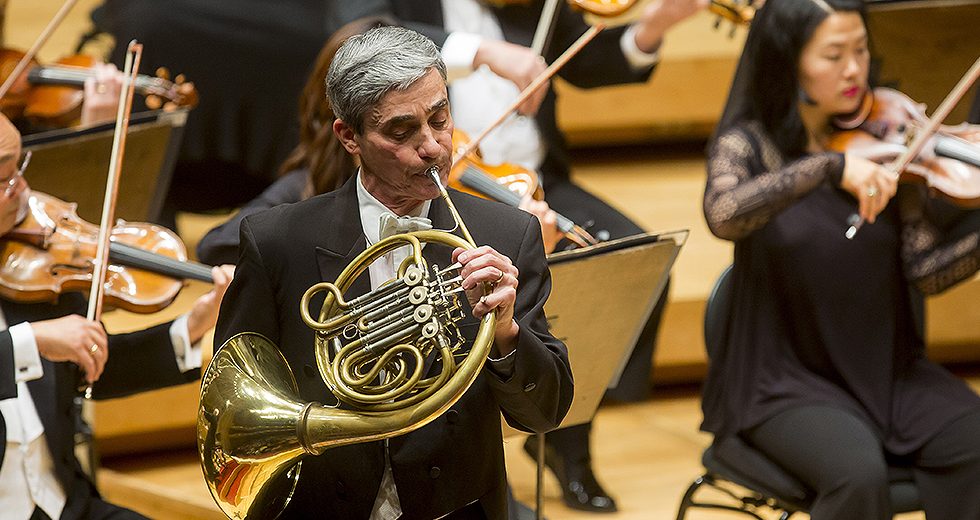 On this broadcast of the Chicago Symphony Orchestra, Edo de Waart conducts Beethoven’s Symphony No. 2. It was mostly written while the composer was taking a break from the stress of Vienna and living in the pastoral town of Heiligenstadt, Austria.

We also hear Mozart’s Symphony No. 38, a piece composed for the Bohemian capital of Prague. Plus, Mozart’s Horn Concerto No. 3, featuring the CSO’s Acting Principal Horn, Daniel Gingrich, as soloist. As a bonus, the program concludes with a May 2014 performance of Strauss’ Metamorphosen, a lament for the destruction of Dresden, which was heavily bombed during World War II.

Strauss Metamorphosen
Recorded from performances in May 2014